"Today's world is traveling in some strange direction. You see that the world is going toward destruction and violence. And the specialty of violence is to create hatred among people and to create fear. I am a believer in nonviolence and I say that no peace or tranquility will descend upon the people of the world until nonviolence is practiced, because nonviolence is love and it stirs courage in people."
Abdul Ghaffar Khan (a.k.a. Badshah Khan: 'Nonviolent Soldier of Islam')
"But indeed if any show patience and forgive, that would truly be an exercise of courageous will and resolution in the conduct of affairs."
(Qur' an 42:43)
As an organisation guided by core Islamic principles, we acknowledge that there have been disturbing acts of violence which have taken place, that have been voiced, explicitly or otherwise, to be under the umbrella of Islam. The recent killing in Woolwich, London is one such act.
While we believe these acts to be contrary to Islamic teachings, and planned and carried out by individuals or groups that do not represent the vast majority of Muslims - in our view nonetheless, it is clear that there is an essential need for a conscious, nonviolent movement in the Muslim world that captures dissatisfaction, frustration and anger that may be present. Such a movement would support the transformation of such feelings into energy  that can be channelled into actions that heal, rather than fracture - actions that are ultimately motivated by love for all, as opposed to, at the other extreme, by hatred and vengeance.
Simultaneously, real peace is built on the foundation of justice for all, and the healing of wounds. In this spirit, there is a collective responsibility, and qualities such as fairness, non-exploitation of humans and the wider natural order, coupled with self-determination, lie at its heart.
Wisdom In Nature condemns the attack that took place in Woolwich last week, and we keep Drummer Lee Rigby's family and loved ones in our heart and prayers.  Pain is never isolated, especially in a globalised world. Pain is ultimately shared, just as we ultimately are all as one.
In this spirit of unity and compassion, WIN is open to, and invites collaboration with other parties wishing to raise awareness of the tradition of noviolence in Islam, and within our respective capacities, to co-learn and co-develop holistic programs in this key area.

With Islamic contemporary history having figures of nonviolence, perhaps most notably and best documented, being Abdul Ghaffar Khan (a.k.a. Badshah Khan: see photo) [1] who in the last century raised an 'army' of 100, 000 'soldiers' of active nonviolence, we thus have inspiration and material in our own tradition, as well as material and inspiration from that of others - indeed all authentic traditions point to the same essential Truth.
From near the beginnings of WIN <http://tinyurl.com/nfbudjh>, we have felt the need to give importance to 'process' i.e. the belief that how we achieve our goals is as important as the goal itself. Our process-oriented approach remains integral to our work, and an active nonviolence is central to our core strand of 'Engaged Surrender'[2], which underlies our activities. Closely related to this is the need to create spaces that invite authentic listening to a diverse range of voices, including those of the marginalised who may not otherwise easily get heard. The current state of the world re-affirms to us the immense importance these principles hold, and the need to stay firmly and explicitly with them.  At its best, it is easier said than done. Yet, it is our prayer that we can develop and actualise this concept further, embodying it further ourselves, and with the wider community.
If you have any questions, please get in touch.

Wisdom In Nature
------
Tel. 0845 456 3960 (local rate)
Web: www.wisdominnature.org.uk
Twitter: www.twitter.com/wisdominnature
Facebook: www.facebook.com/wisdominnature
The above statement can also be viewed on our blog, which is open to comments: See: http://tinyurl.com/p43adre
Notes:
[1] Abdul Ghaffar Khan (a.k.a. Badshah Khan), a friend of Gandhi, was a Muslim Pathan who in the 20th century lived by principles of active non-violence, rooted in Islam. Badshah Khan raised a non-violent army of 100, 000 Khudai Khidmatgar ("Servants of God") that resisted British rule over India.
[2] Engaged Surrender is one of Wisdom In Nature's core strands. i.e. WIN's work is underpinned by a nonviolent, process-oriented activism, expressed through a contemplative dimension within the framework of Islam (Surrender to the Divine). More info about Engaged Surrender and WIN's core strands can be found here: http://tinyurl.com/o7j5c3q
[3] Wisdom In Nature (WIN) was originally called LINE (London Islamic Network for the Environment). WIN offers workshops and training in Islamic ecology, Permaculture and Facilitation Skills, and engages in a transformative approach. It is open to people of all faiths and beliefs, and is based in the UK. More info: www.wisdominnature.org.uk
at May 28, 2013 No comments:

Protect the rights of Filipino workers in Taiwan! 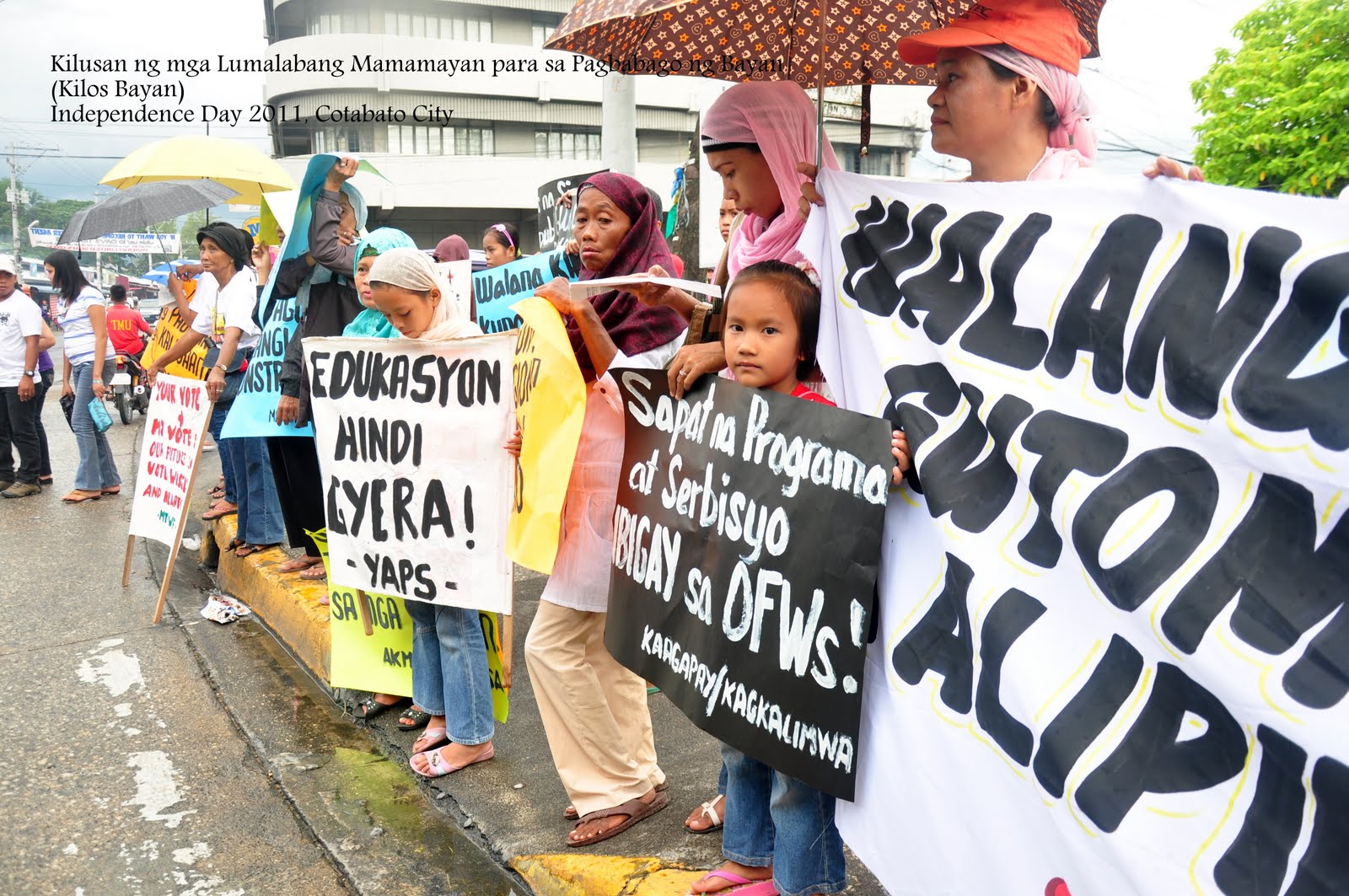 This is in relation to the current face-off of the Philippine and Taiwanese Government which have put the welfare of the overseas Filipino workers (OFWs) in Taiwan at risk. The alleged intentional shooting of the Philippine Coast Guard (PCG) to a Taiwanese fishing boat which was an act of ‘self-defense and were only performing their duty of stopping illegal fishing and poaching inside the Philippine territory’ after claiming that the said boat ‘had tried to ram its vessel near Batanes’ actually killed a 65-year old Taiwanese fisherman. This then flared up the outrage of the Taiwanese not only towards the Philippine government but to the Filipino people.

As a way of its dissatisfaction to the response from the Philippine government on the matter, it banned the recruitment of Filipino workers, banned its citizens in travelling to the country, and even its own citizens refused selling goods to Filipinos in Taiwan. If this is not resolved, 95,000 documented OFWs in Taiwan will be affected.

Thus, we are calling for both parties to immediately resolve this dispute in any peaceful and diplomatic means. We call for the Philippine Government to immediately craft solutions addressing the dispute while executing measures that would protect and uphold the welfare of OFWs in Taiwan.

We call for the Taiwanese government to be open for diplomatic negotiations and discussions with the Philippine government on how to resolve this issue. We call for all the workers in Taiwan to remove divisions created by culture and nationality and to be united instead for the workers’ welfare and rights. As we always demand and call, Philippine government should strengthen self-sustaining local economy that would provide decent employment for Filipinos.