The Philosophy of Marx by Etienne Balibar 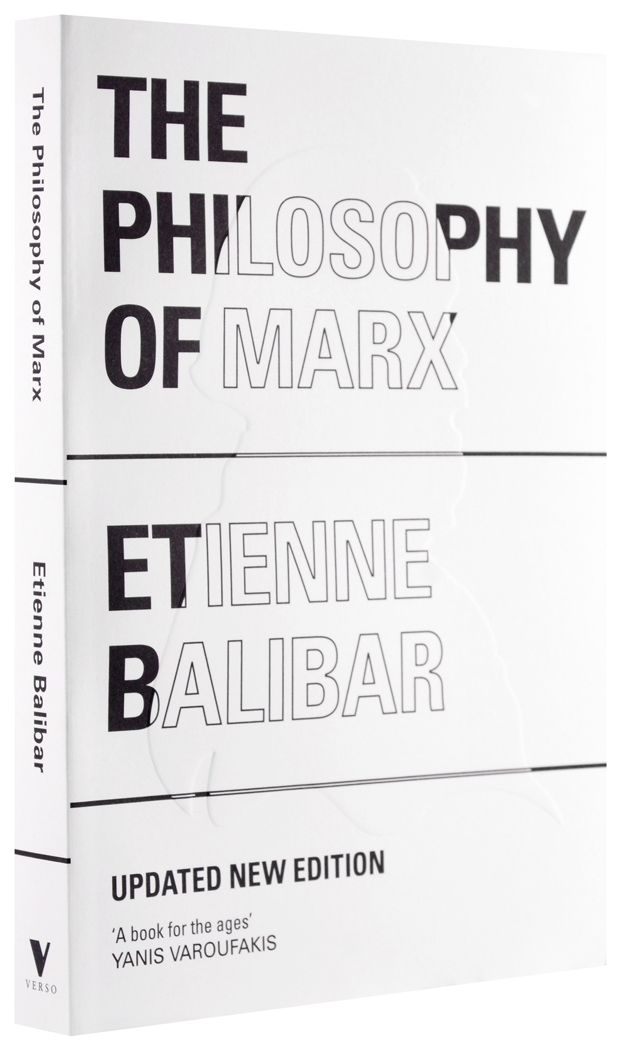 Etienne Balibar notes ‘The general idea of this little book is to understand and explain why Marx will still be read in the twenty-first century, not only as a monument of the past, but as a contemporary author - contemporary both because of the questions he poses for philosophy and because of the concepts he offers it.’ (p.1).  And with some reservations, I feel he achieves this goal.
While this is a thought provoking book, it may disappoint readers who seek either an introduction to Marx’s philosophy or a straightforward account of how Marx’s ideas can inspire focussed political action in the 21st Century.  There is a very useful guide to reading more about Marx’s philosophy and some very clear panels describing key thinkers and themes from Gramsci onwards.  However Balibar discusses some very complex and subtle ideas, that demand a good knowledge of Marx’s key works, as well as those of such far-from-easy thinkers as Kant and Wittgenstein, along with structuralist, aleatory and post-modern thought.  In short, this is a sophisticated and in depth examination of the topic, but not the first place to look if you are new to Marxist philosophy and want to find a way in!
Despite being neither directly politically practical or an easy book, it is extremely stimulating.  It richly rewards the effort to read and is full of original insights and exciting notions.  Balibar has condensed the last fifty years of his work closely reading Marx’s text to very good effect.
Balibar hints that it is wrong to read Marx’s work and to extract one clear and unambiguous set of principles from it.  Both academics and sectarians are tempted to argue that they have the correct reading of Marx and that other readings are wrong.  Balibar argues that Marx was driven by a number of shared passions, advocating communism, class struggle, materialism and human liberation.  Marx sought to show how political change might be possible in a particular context.  Because the context changed, so did Marx’s philosophy; if it is possible to construct a Marxist philosophy (a task that Balibar rejects), this philosophy, far from being fixed, will change with changing circumstances.
Balibar argues that it is wrong to seek a Marxist approach based on the texts of Marx to all political, social and indeed philosophical questions.  It was once said that only religion pretends to know everything, a thesis strongly echoed here.  Balibar argued that attempts have been made to fix the meaning of Marx’s work, from Engels' synthesis after Karl’s death to Stalin’s Dialectic Materialism.  Yet Marx’s pursuit of liberation was, according to Balibar, a product of an open and ever changing system.
Two historical contexts are seen as particularly influential on Marx’s philosophical work.  The first is the series of uprising in the early part of the 19th Century, which shaped the construction of the Communist Manifesto.  The second was the creation and bloody defeat of the Paris Commune, when in 1871, the workers created their own self-governing society.  The defeat of the revolts of the 1840s made Marx focus on the emergence of capitalism.  The Paris Commune strengthened his belief that working class self-emancipation was possible.  Bailbar notes that Marx was always rethinking his ideas, so any fixed doctrine of Marxism does not reflect his efforts.  Equally Marx was not an academic but a communist; he kept rethinking because liberation requires a constant effort to recalibrate revolutionary thought.
Balibar, even though he rejects the concept of a philosophy of Marx as a complete set of ideas, identifies a number of important themes.  One is the notion of transindividualism, Marx rejected both structuralism and pure individualism.  We are not trapped by unchanging structural factors, this would make social change impossible, but we don’t act as pure individuals. We are influenced by wider forces.  Noting Marx’s use of the French word ‘ensemble’, Balibar stresses that human society is collective because it is the product of human interactions, thus transindividualism is an appropriate and useful concept.  The ways in which we come together in particular social classes, is also stressed as a continuous historical force in the book.

Given this rather post-modern interpretation of Marx’s approach and the difficulty of many of the ideas, it would be easy to reject the book as irrelevant to the political tasks we face in a world of climate change, violently mutuating capitalism and right wing political monsters such as Donald Trump.  In fact, while it requires effort and doesn’t produce simple answers I would certainly recommend it.  The German Marxist scholar and prominent ecosocialist Frieder Otto Wolf provided a foreword for the German edition. It’s a shame it is not included in this edition; I am sure it would have been of interest to many Greens and ecosocialists. 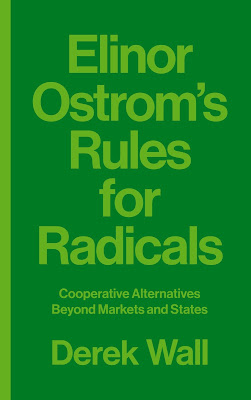 My next book will be out in the autumn, its a guide to Elinor Ostrom, first woman to win the Nobel for Economics, published by Pluto.
Elinor Ostrom was the first woman to win the Nobel Prize for Economics. Her theorising of the commons has been celebrated as groundbreaking and opening the way for non-capitalist economic alternatives, yet, many radicals know little about her. This book redresses this, revealing the indispensability of her work for green politics, left economics and radical democracy.

Ostrom has often been viewed as a conservative or managerial thinker; but Derek Wall's analysis of her work reveals a how it is invaluable for developing a left political programme in the twenty-first century. Central to Ostrom's work was the move 'beyond panaceas'; transforming institutions to widen participation, promote diversity and favour cooperation over competition. She regularly challenged academia as individualist, narrow and elitist and promoted a radical take on education, based on participation.


Her investigations into how we share finite resources has radical implications for the Green movement and her rubric for a functioning collective ownership is highly relevant in order in achieving radical social change. As activists continue to reject traditional models of centralised power, Ostrom's work will become even more vital, offering a guide to creating economics that exists beyond markets and states.'
Chapters
1. Elinor Ostrom's Radical Life
2. The Commons: From Tragedy to Triumph
3. Climate Change, Ecology and Green Politics
4. Beyond Markets and States
5. Deep Democracy
6. Feminism and Intersectionality
7. Trust and Cooperation
8. Science for the People
9. Transforming Institutions
10. Conflict and Contestation
Bibliography
Resources for Change
Index
at July 05, 2017 No comments: