Who will be the new leader of Green Party as Caroline stands down? 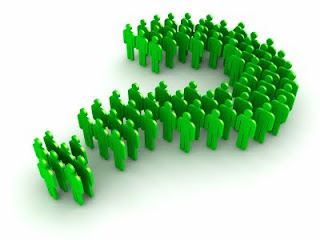 'was going to send this to you at midnight but unfortunately the news has been broken on the twittersphere.  We had given the Independent an exclusive and this story was embargoed until five mins past midnight but what happened is that someone at the Independent decided to put it on the front page on the net and therefore the news broke out.Please be reassured Caroline is not standing down as an MP.  She is simply not re-standing as Leader in line with green principles and allowing the opportunity for other talented people in the Green Party to offer themselves for election as Leader.  Caroline remains totally committed to the Green Party and all her colleagues.'  Writes a Green Party Press Officer.

I think the focus will remain on Caroline as MP not on the leader title.  Its what you do not what you are called that matters.

In my view a new person with the title should be another radical women but we shall see.

EMBARGOED TO 00.05am, MONDAY MAY 14, 2012 Caroline Lucas Opens Door to New Green Party Leaders
In September 2012, Caroline Lucas MP will reach the end of her second term as national Leader of the Green Party of England and Wales, and has announced today that she will not be seeking re-election for another two-year term, in order to broaden opportunities for the range of talent in the Party and to raise the profiles of others aspiring to election.
Caroline Lucas said:
"I’m hugely honoured to have served as the first Leader of the Green Party and I’m proud that during the four years of my term, we’ve moved Green politics forward to a higher level, with the Party by far the most influential it has ever been. We’ve seen significant breakthroughs in winning our first seat at Westminster and gaining our first ever local council in Brighton and Hove. These were followed by further breakthroughs onto new Councils in the recent local elections, which were among the most successful we’ve ever had, as well as establishing ourselves as the third party, ahead of the LibDems, in the elections for London Mayor. “I look forward to continuing to do all I can in my very demanding role as the MP for Brighton Pavilion, representing my constituents and defending them against the Coalition Government’s disastrous economic policies and its refusal to accept its environmental and social responsibilities. I will also be able to dedicate even more of my work to the political frontline, putting the Green case for change in Parliament and in all circles of national political debate.”
Cllr Darren Johnson, London Assembly Member, said:“Caroline has made a huge impact in her time as Green Party Leader and has helped shift Green politics from the margins to the mainstream of British political life. She will be an extremely hard act to follow but this is an ideal time to allow new talent to come forward.”
Jenny Jones, London Assembly Member and recent Green Mayoral Candidate said:“The Green Party has made some massive breakthroughs in the past two years, since having Caroline as our Leader, in Parliament, in Brighton and most recently in London, where we are now the third party behind the Conservatives and Labour. Caroline’s decision not to seek re-election at this point is entirely in keeping with Green principles: it's a strong move, allowing other talented people to come through and to take the Green Party even further forward. She has set a superb example of how to lead. Whoever is elected in her place has a tough act to follow.”
Nominations for leadership candidates are now open within the Party and will close towards the end of June. The new Leader (or Co-leaders) will take up the two year post in early September. No nominations have yet been received.

Caroline Lucas added:
“We’re lucky to have a wealth of capability and experience in our Party. Now feels like the right time to step aside, to allow more of that ability to come forward and help the party to grow. I offer my very best wishes to the next Leader, whoever they may be."

"I fear there will a worse come in her place" - Third Plebeian, Julius Caesar

"I think it is a shame that Father Ted is Dead.... Such a likeable tragi-comic character would make a lovely leader of the Green Party"
Father Dougal Maguire