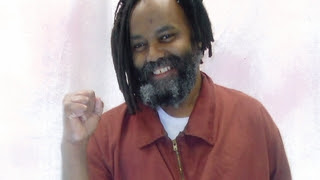 With the annexation of Crimea to the Russian Federation, U.S. politicians have gone coo-coo, raising Cain about it, likening it to Hitler’s seizure of Poland, with Americans snarling about violations of international law, and “land grabs.” Almost immediately, Americans and Europeans, citing threats of “regional destabilization,” announced sanctions on Russian officials.
For Americans to crow about “land grabs,” is above all, an assault on U.S. history. For how did America come to be, if not for vast land grabs from the so-called Indians, and later, Mexicans? Was it illegal? Yep. Did it violate international law? You betcha!
Treaties are pacts between nations. The U.S. violated so many treaties with Native nations that it’s almost embarrassing to recount.
Remember Texas? It was part of Mexico, until the Americans rebelled. For almost 10 years it was its own country (The Republic of Texas), until 1845, when the U.S. annexed it.
Nevada? New Mexico? Arizona? Utah? Colorado? California? All of it was part of Mexico, until the US. started a war to justify a land grab. By 1848, it was over, and over half a million square miles became part of the United States.
I’m not a scholar of Crimea; nor of Russia for that matter. But I do know that it was originally annexed by Russia in 1783. It remained Russian until 1991, when it was ceded to Ukraine. Seen from this perspective, Russia had a better claim to Crimea than the U.S. had on northwestern Mexico.
Shall the U.S. return the land it stole from Mexico? Shall it then return the millions of square miles it swindled from Indigenous nations by violating international treaty law? The very question seems rather silly to us, doesn’t it? And yet, in 1999, our neighbor to the north, Canada, carved out a vast swath of its Northwest Territory and returned it to the descendants of the Indigenous, traditional people, the Inuit.
It’s called Nunavut — and it’s roughly the size of the so-called Louisiana Purchase, when France sold land to the U.S. — doubling it overnight. The very idea is crazy in America – giving back land.
In Canada, it’s history.