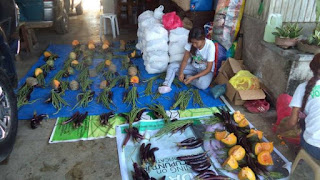 The most important initiative of solidarity taken by our association, ESSF, during 2017 concerned the island of Mindanao, in the south of the Philippines, reports Pierre Rousset. Then it was a question of responding to the humanitarian consequences of the “Battle of Marawi” between government forces and jihadist movements – more than 600,000 people (mostly Muslim) had to flee the fighting and often found themselves totally destitute.
The battle of Marawi lasted 5 months. The reconquest of the city by the army did not, however, led to an improvement in the humanitarian situation in Mindanao. The situation is actually more critical than ever, for various reasons: a devastating typhoon, widespread fighting between government forces and the New People’s Army (NPA) of the CPP, a new jihadist area, prolongation of martial law throughout the whole island, mountain populations directly threatened by the activities of forestry and mining companies and the impossibility for the majority of the inhabitants of Marawi to find decent living conditions …
This is why we are relaunching our solidarity initiative this beginning of 2018. The funds collected will be sent to:
Mihands coalition [1]with whom we have been working for years, specifically asking them to use the funds for the victims of humanitarian disasters, whatever their origin (whether as a result of the typhoon or of the military conflicts …).
The Tripod association [2], which is part of the Mihands network, specifically asking them to use the funds to help the mountain population.
As a result of the donations we received at the end of 2017 for our permanent Asian Solidarity Fund, we have already been able to send this month of January 4,000 euros to Tripod .[3] We thank all those who made this emergency aid possible.
Description of the situation
Typhoon Temblin (international name) Vinta (Philippine name) struck Mindanao on December 22 2017, crossing the northern part of the island from east to west and causing considerable damage: floods, landslides, etc. On December 24, we received a call for solidarity from Mihands, which was published here.
Climate change is having an effect on the area. Mindanao used to be hit by violent tidal waves, but not by the great tropical storms (typhoons), which crossed the Philippine archipelago farther north; they have now extended to the south where the people are poorly prepared for their violence. Besides, much of the devastation is due to economic activity, including deforestation –mostly illegal. This further explains why Temblin / Vinta has far more victims than this volume of rain would normally imply.
Figures from late December mentioned 670,000 people affected by the typhoon, 140,000 displaced, 2,600 homes damaged, 60% destroyed, more than 200 dead, many injured. However, the situation in many localities remained unknown. We will be receiving later assessments soon.
Mining and forestry lobbies are seizing new lands, aggravating the consequences of climate chaos Their activities also directly threaten to uproot of various lumad communities – that is the mountain tribes (or mountain ethno-linguistic groups) of Mindanao by penetrating into their ancestral domains.
The army and the Communist Party of the Philippines (CPP) are now in total conflict (even if the CPP has participated in the current government of Duerte). Fighting is widespread across much of Mindanao and is often concentrated in mountainous areas. The pressure of the state of war is felt by communities everywhere, especially by the lumad communities. In areas where there is no active armed conflict, the population tries to preserve peace by avoiding being dragged into the spiral of militarization.
Martial law has again been extended throughout the island of Mindanao for the whole of 2018. Practically, this means that the army can do what it wants, even though the 1987 Constitution, drafted after the overthrow of the Marcos dictatorship, supposedly limits their powers under martial law – and states that it should be an exceptional situation. The army acts unfavourably and with suspicion against Muslim refugee families from the Battle of Marawi, the self-organization of local communities, civic movements, and left forces from all tendencies… In these conditions, the military framework renders the action of humanitarian grassroots networks more difficult.
The various causes of misfortune have been superimposed on each other, creating a particularly critical humanitarian situation in a large part of Mindanao.
As soon as we receive additional information, we will let you know.
Thank you for your solidarity,

Continue reading at  http://socialistresistance.org/critical-humanitarian-situation-in-mindanao-urgent-appeal-for-financial-aid/11354
at January 10, 2018