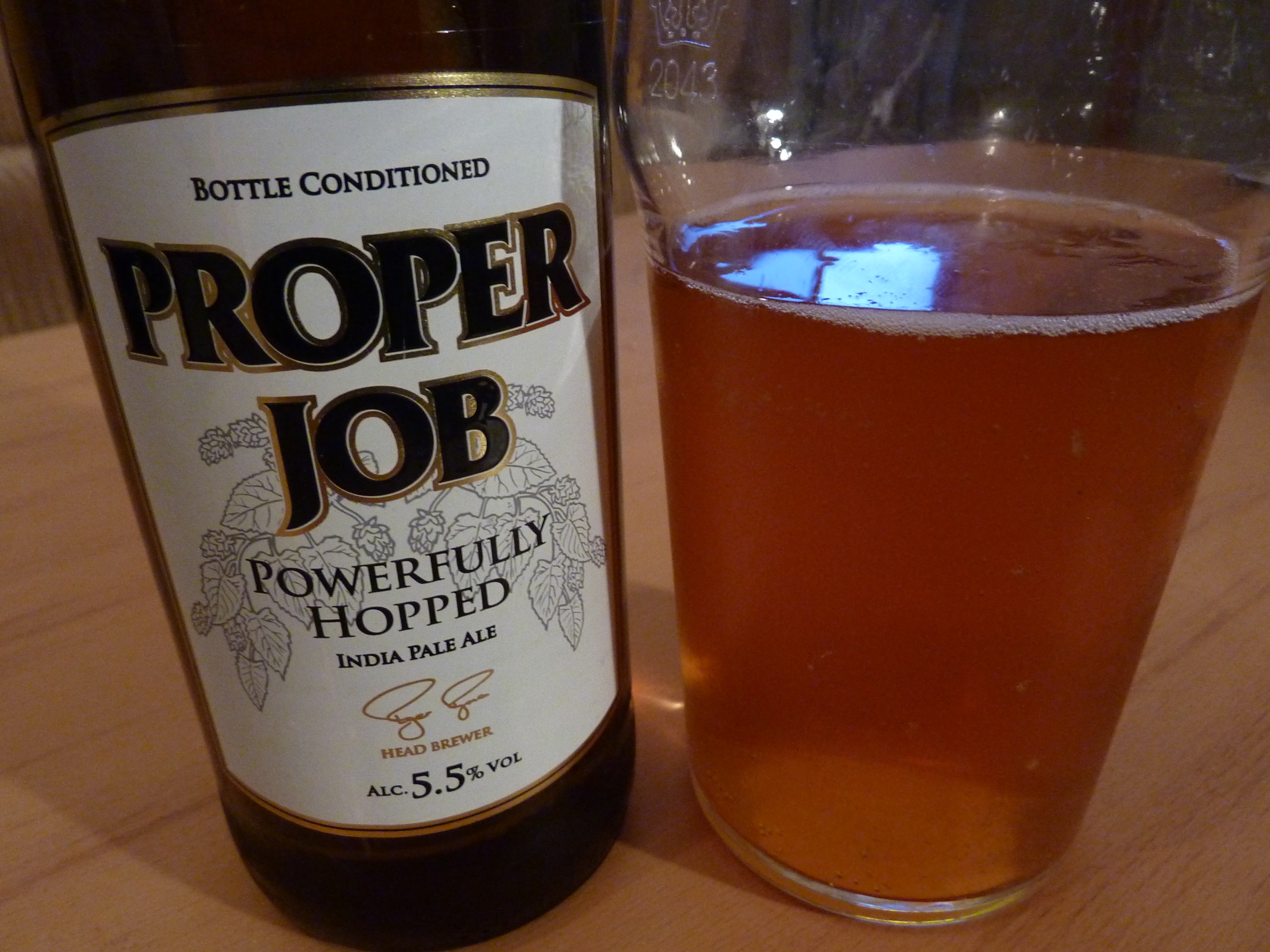 I have been investigating beer, my wife and I have joined CAMRA and I bought a box of CAMRA's 2014 prize winners from Beer Hawk.

First out of the box was St Austell's Proper Job.  I have tended to ignore this Cornish brewery but really enjoyed this IPA.  Crisp and tasty, at 5.5 pleasingly strong. Too many beers seems inspired by episodes of British colonial history, Maxim the Sunderland beer of choice, is named after a gun. Proper Job seems to be inspired by an episode from the Indian Mutiny.

Best beer though that I have tasted in a while.

Wonder if it is in any pubs?

You can buy it direct from the brewery here

Well that's lots of free advertising from me, I am also planning to do some home brewing, so its not all in the cash nexus.
at August 26, 2014