Emergency Motion: Fracking
Over the summer months the oil and gas industry stepped up their attempts to bringing hydraulic fracturing for shale gas (fracking) to the UK.
In Balcombe, Sussex, Cuadrilla have begun testing on wells that could eventually be ‘fracked.’ In other parts of the UK, such as the North West and North East of England, South Wales and others fracking companies are hoping to begun exploring for shale gas imminently.
Protesters, including Green Party MP Caroline Lucas, have been arrested for demonstrating against Cuadrilla in recent weeks.
At the same time the UK government has been promoting fracking as an environmentally friendly way to provide energy for the country. Fracking companies will be given tax incentives and communities who accept fracking will be given ‘financial compensation.’
Conference notes that experts from OfGem and Deutsche Bank have said that shale gas exploitation in the UK will have negligible impact on fuel bills.  Furthermore leading economist Lord Stern has said that the suggestion that shale gas will reduce the price of gas is “baseless economics.”
Conference notes that Water UK  - the body that represents water companies  - has warned that fracking could lead to contamination of the water supply.
Conference notes a study by Bloomberg which says that the UK may need to drill 10,000 wells to stop our reliance on imported gas.
Conference sends solidarity to protesters who have been fighting Cuadrilla in Sussex and those protesting against fracking elsewhere.
Conference re-affirms it’s commitment to renewable energy solutions and to moving away from climate change inducing fossil fuels.
Conference re-affirms its opposition to fracking in the UK and instructs elected Greens to fight against fracking at every level.
Conference instructs GPEX to publicise the potential harm that fracking can cause to enable the Green Party at every level to take a firm line to protect communities, drinking water and the environment.
Conference instructs GPEX to publicise the fact that a dash for unconventional oil and gas in the UK is highly likely to mean we will fail to comply with our legally binding climate change legislation. 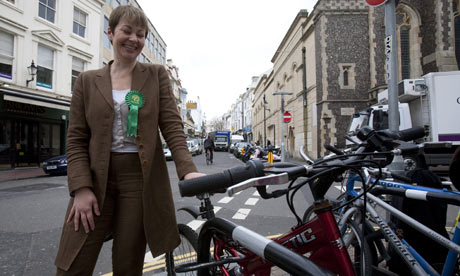 Gold mining in Greece: stories of resistance and repression

Noticed this on the Green Left email list so thought I would share
Come and hear first-hand accounts of resistance to gold mining in Greece by Eldorado Gold, a company listed on the London Stock Exchange.Thursday 19 September, 7 to 9pm, Unite House, 128 Theobald's Road, Holborn, London, WC1X 8TN. Nearest tube Holborn. See map at http://goo.gl/maps/KAWWX. Facebook event https://www.facebook.com/events/163715900486791/ As spaces are limited please RSVP at RSVP.sittingonagoldmine@gmail.com
Under the pretext of a severe financial crisis Greece is reasserting its investor-friendly profile by opening up all goldmines across the country without regard to the threats that mining poses to the environment and to people’s livelihoods. Foreign investors are particularly welcome: fast track processes; tax relief; exception from damages; easy money; no royalties; no problems.  But the true picture is not so rosy! Sham public consultations, questionable deals designed to advance specific corporate interests and the slow but steady destruction of the environment have been met with resistance. The struggle to oppose Eldorado Gold’s plans to create an enormous open pit mine on Mount Kakavos and within the ancient forest of Skouries has succeeded in capturing people’s imagination and inspiring waves of solidarity across the country. While organising their long campaign affected communities have learned a lot about Greek law; geology; environmental science; and the technologies of extraction. As they did so, they begun to ask questions about development, participation, human rights and the public interest. Their questions were answered by the riot police.
Now the people from Skouries are bringing this discussion to London.

Lazaros Toskas
member of the Struggle Coordinating Committee of Megali Panagia, will share stories of resistance and repression, of mining, rights and the politics of development.

Other speakers from Corporate Watch, Greece Solidarity Campaign and London Mining Network.
at September 11, 2013 No comments: