Free Shilan Ozcelik and send her a letter or card while she is in prison! 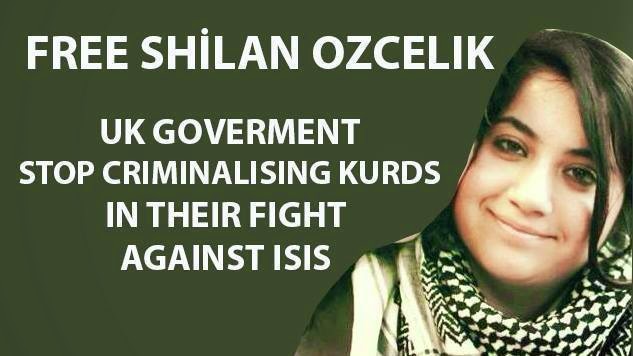 Shilan Ozcelik, a young London Kurdish woman jailed on terrorist charges for wanting to fight ISIS with the YPG/YPJ in Rojava. She is currently in Remand in HMP Holloway, London and back in court on 1st April 2015. Bring banners and placards and noise and rage!
DELIST THE PKK! Article here: http://kurdishquestion.com/index.php/kurdistan/flash-news-uk-jails-young-kurd-who-wanted-to-fight-isis.html.
You can also send cards and letters to Shilan via her solicitors: Av.Ali Has, Morgan Has Solicitors, Bank Chambers, 1st and 2nd Floor, 133 Stoke Newington High St., London N16 0PH.
at March 15, 2015 No comments: I thought the passage above was especially amusing!
at March 15, 2015 No comments: 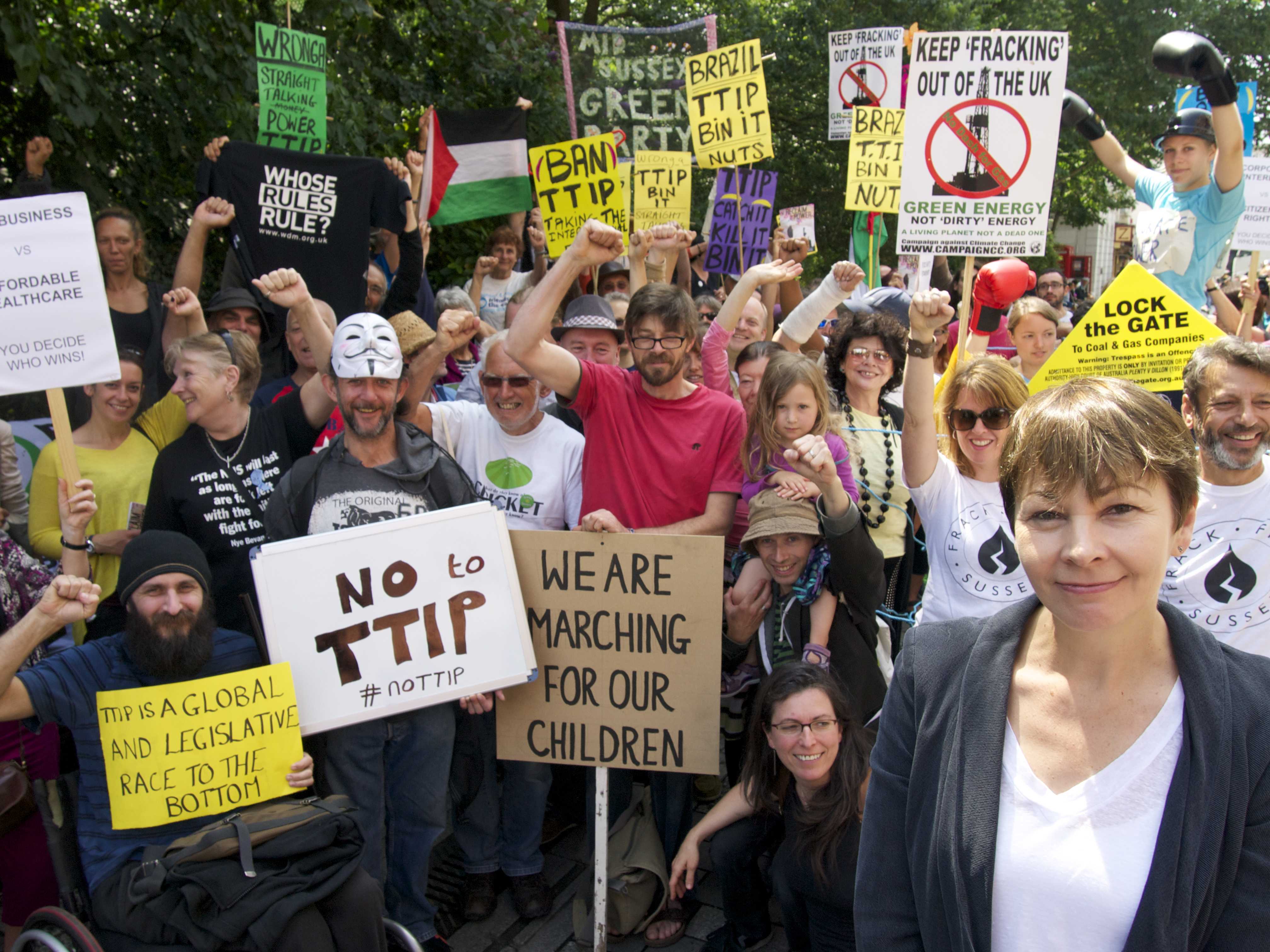 I am Green Party General Election candidate in Windsor.  I have been getting lots of questions about the Transatlantic Trade and Investment Platform.  A proposed agreement between the US and EU, promising more investment, it would, however, give corporations the right to sue governments for workers and enviromental protection.
It is a hugely sinister and worrying treaty and of course in tabloid Britain must of the mass media ignore and politicians from Labour, Conservative, Libdem and UKIP parties love it.
We have to fight it. As international coordinator for the Green Party of England and Wales, I served on the European Green Party TTIP policy group and was successful in getting the EGP to oppose TTIP.
Here is my answer to many emails I have had on the issue.
Dear John,
I oppose TTIP, it would threaten the NHS, other public services and standards of environmental and work place protection.  Promising free trade and increased investment, it would take the democracy out of democracy because corporations could sue our government if their profits were threatened by regulation.  It would, for example, make it difficult to tackle climate change because coal companies could sue a government that reduced demand for fossil fuels.
It is very worrying indeed that Labour, Libdems and Conservatives support TTIP.
You can read about our approach here https://www.greenparty.org.uk/news/2014/07/11/green-party-ttip-trade-deal-is-a-corporate-power-grab,-that-must-be-stopped/
Thank you for campaigning on this.
Best wishes,
Derek Wall, Green Party candidate for Windsor.
at March 14, 2015 No comments: 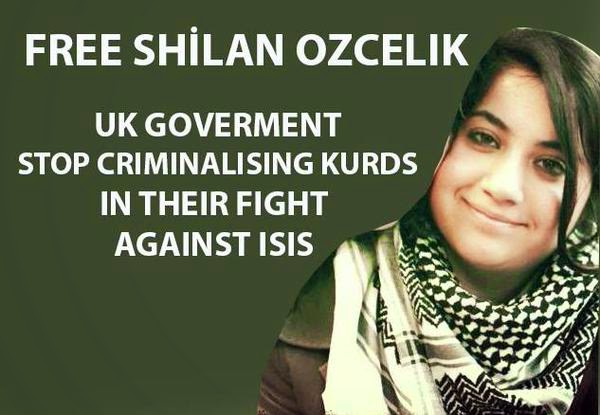 Press Release: For Immediate Release.
London, 13 March 2015 PICKET OUTSIDE HOLLOWAY PRISON FOR SHILAN OZCELIK, IMPRISONED FOR ALLEGEDLY WANTING TO JOIN FIGHT AGAINST ISIS, 13th March 2015, 6PM!
The Kurdish community and supporters of the Kurdish struggle are incensed at the arrest and imprisonment of 18 year old Shilan (Silhan) Ozcelik, who is accused of wanting to join the Kurdistan Workers’ Party (PKK) to fight the Islamic State of Iraq and the Levant (ISIL/ISIS).

The UK government in its steadfastness to appease the Turkish state, who are continuing to support ISIS, and withhold support from the Kurdish armed movement, the People’s Protection Units (YPG) and Women’s Protection Units (YPJ) has made clear whose side the government are on. The recent killing of the heroic Konstandinos Erik Scurfield (Kemal) in the battle against ISIS in Rojava (Northern Syria), has garnered a very positive approach from the British media and public. The UK government has been afraid of this support for the Kurdish struggle because for a 100 years the UK state has been one of the initiators and supporters of Kurdish oppression in the Middle East. This is why they have delayed and not supported the repatriation of Konstandinos Erik Scurfield and criminalized the struggle he has sacrificed his life for.

The Kurdistan Worker’s Party, which is on the terror list in the UK, EU and USA was added to this list in 2002 during a 5 year unilateral ceasefire, at the behest of Turkey. The PKK have never posed a threat to the UK and threatened this country. This listing is evidently political and to do with the economic and political ties between the Turkish and British states. Using this listing the UK government has been criminalising the Kurds for at least 13 years, yet not one Kurdish individual has been charged and convicted of being a PKK member, despite many raids, arrests and intimidations.

The case of Shilan Ozcelik is the most recent chapter of this story and the Kurdish community are now concerned that the UK government will, in its attempt to seem impartial to ‘certain’ sections of British society, once again criminalise the community who have been the biggest supporters of the international fight against ISIS terror and fascism. Shilan has on many occasions stated that she wanted to travel to the region to assist with humanitarian work. It seems that the UK government are blocking and trying to prevent any support from going to Rojava and Sinjar, thus strengthening ISIS’ resolve and the unofficial embargo on Rojava and the resistance there.

To call for the immediate release of Shilan Ozcelik and to call for an end to the criminalisation of the Kurdish community we are organising a picket outside Holloway Prison, tonight (13.03.2015) at 6pm where Shilan Ozcelik is being held.
Roj Women's Association, Kurdish Youth Assembly, Kurdish People's Assembly, CAMPACC, Peace in Kurdistan Campaign, Kurdistan National Congress (KNK), MAFDAD (Kurdish Lawyers Association), Kurdish Community Centre, Roj Women's Assembly, Highbury East Councillor Aysegul Erdogan
at March 13, 2015 No comments:

Great speech and clear on opposing austerity too!
at March 09, 2015 No comments:

Come and join our session on Sunday morning - meet other trade unionists and help to build the GPTU network in the party. We value your contribution whether you can share your experience, ask questions or propose actions for further training.

Our session is called A Beginner's Guide to trade union activism - but we will also discuss how to build relationships between your local party and local trade union branches and Trades Councils.

Getting Active in your workplace: A Beginner's Guide to trade union activism (members only)

With experienced trade union officers leading this training session, sharing their knowledge and experience, learn - How to become active in your trade union; How to become a workplace trade union rep; How to learn more about your rights; Who can become a conference delegate; ask questions, join the GPTU regional network and share your experiences as we build active trade union membership in our party.
at March 05, 2015 No comments: