Just had this via Roger Hallam of Vote No Heathrow, please spread the word.

Things are rapidly taking off for the campaign now the hunger strikers are entering their 9th day and we get coverage from national press and TV. But we only have a little over a week to build up pressure on MPs to vote against the senseless expansion of Heathrow. Could you help out? These are some of the ways you could support us: • Join us for a solidarity fast on Saturday, 23rd June, at 12pm in Parliament Square: https://www.facebook.com/events/1541652785938992/• Write to your MP: https://www.writetothem.com/ • Help our online promotion team on social media!• Donate to our crowdfund: https://www.gofundme.com/votenoheathrow/ • Invite all your friends to like our page: https://www.facebook.com/votenoheathro/
at June 18, 2018 No comments: 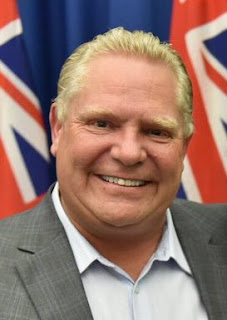 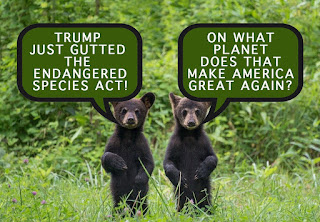 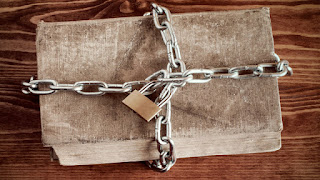 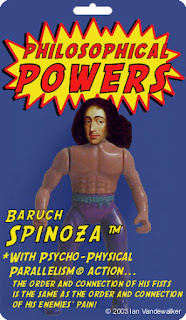 Spinoza and the Politics of Renaturalization 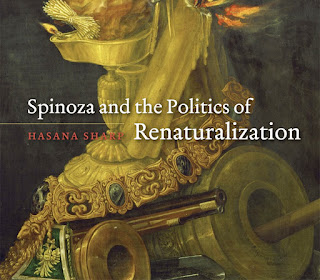 Hasana Sharp's book 'Spinoza and the Politics of Renaturalization', examines the 17th century Dutch-Jewish philosopher's contribution to animal rights, ecology and practical politics.  Spinoza argued that human beings are part of nature, rejecting supernatural explanations, to point out that we are ruled by the same nature as everything else in the universe.  In turn, by identifying God with nature, he has been praised by deep ecologists, must notably Arne Naess.  Spinoza's radical materialism has also been source for Marx and Engels thought.  In this regard Antonio Negri, the autonomist Marxist, has suggested that he provides a non teleological Marxism, which can be contrasted with Hegal.  There is a large literature arguing that he was variously the first secular Jew, an advocate of religious pluralism and a foundational liberal thinker.  Equally he followed the Jewish theologian Maimonides and was fascinated by the political thought of Machiavelli.

Sharp's book is a well written introduction to all of this exploring the implications of Spinoza's approach both to Marxism, green politics, animal rights and feminism.  It is highly recommended.

As I write in June 2018, the broad political picture is clear.  Climate change is accelerating, other environmental problems are becoming severe and denial is everywhere.  The liberal economic and political consensus is under assault and right wing populism is growing.  Just a few days ago, Doug Ford's Progressive Conservatives were elected in Ontario, Canada.  They defeated the governing Liberals, and the left wing NDP came second.  Ford will roll back policies designed to reduce climate change   The acceleration of climate change with the role back of policies to deal with it, will accelerate migration as communities flee rising sea levels, rising temperatures and extreme weather events.  The migration will be exploited by reactionary populists to cement their electoral support and the cycle will continue.

While the left is also rising, the question of how to effectively challenge capitalism that fuels environmental crisis, along with the populist racist right which is growing, is vital.  Spinoza is interesting for what he says about how we do politics, how ideas gain material forces and shape the future.

It is not as easy to see Spinoza as an advocate of animal rights and ecology as might first be thought.  He rejected the idea of outlawing the eating of meat, he condemned those who romanticised nature and when he speaks of nature, he means everything in the university, thus human beings, kittens, rocks and pieces of machinery all have the same nature.

In terms of understanding political change he might be condemned as a determinist who argues that human agency is a myth.  However in reminding us that we be less free that we might think, Spinoza to my mind is at his most significant.  By celebrating our power we forget our weakness.  By identifying our weakness, we might potentially have more influence over the real material world.

Spinoza, as Sharp reminds us, noted that ideas are not adopted simply because they are true.  Ideas have to gain a power if they are to have influence.  It is, thus, not enough to argue that climate change is a significant problem, instead we have to understand how ideas capture attention and convince, or fail to do so.

Thus Spinoza moves us from the politics of surface appearance and moralism, the politics of 'We are good' and 'You are evil', into both understanding that what we may dislike is a product of particular forces rather than ignorance and evil.  In turn, we understand that our powers are limited, that often we are effects rather than causes.  By understanding this we can begin to think carefully about how we might be freer.  The importance of making ecological politics into a real force, requires the Spinozian understanding that the power of ideas comes not simply from their truth but from how they are mobilised and how they sit within a system of other ideas and influences.

Spinoza thus opens the way for a practical politics of action, while suggesting this is difficult to achieve, rather than a superficial shallow politics of condemning what we dislike.

Thus when it comes to Ford, Trump, Erdogan and Victor Orban, understanding their appeal is a first step to countering it.  Spinoza observed '“I have made a ceaseless effort not to ridicule, not to bewail, not to scorn human actions, but to understand them.”

At best Spinoza does this indirectly, how ideas have material force and how action can be effective require more precise discussion.  Sharp's book, though, flags up the importance of Spinoza's work in a world where storms are rising and helps us to see that the seemingly irrational is driven by forces that we need to understand so that we can challenge them.  At the same time this involves challenging out own assumptions about our ability to do politics, which takes us back to the understanding that human beings are not, above nature, but shaped by material forces.
at June 10, 2018 No comments: