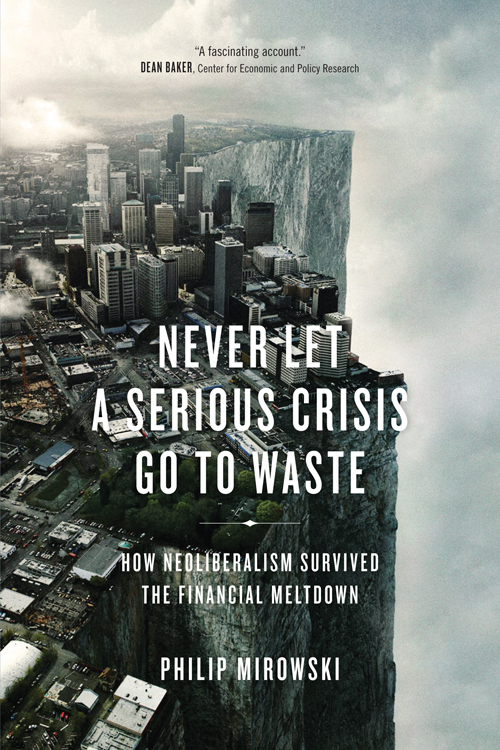 Mirowski has produced a profound and important book which deserves to be read, however his prose may be distracting for some readers. He also avoids discussion of my two favourite writers on political economy, Marx and Ostrom. I nearly gave up reading it on several occasions, mainly because of the frankly odd writing style. His book discusses why the financial crisis of 2008-9 has strengthened mainstream economics, rather than made it possible to challenge it.
Mirowski first outlines how a range of commentators proclaimed that the neo-classical economics that was so dominant in the early years of this century had been damaged, perhaps fatally, by the financial crisis. He explains carefully why it has instead survived, and is perhaps even stronger. In many parts of the world, the UK being a good example, initial caution about deregulation was soon replaced with an enthusiasm for extending neo-liberalism even further. In the UK, and to some extent in the European Union, greater austerity as a response to debt has seen the extension of market relations to new areas of society, rather than a challenge to deregulation. While it was widely agreed that global economic imbalances, growing inequality and financial deregulation contributed to the crisis, such agreement was forgotten swiftly and neo-liberal policies have been continued with greater enthusiasm.