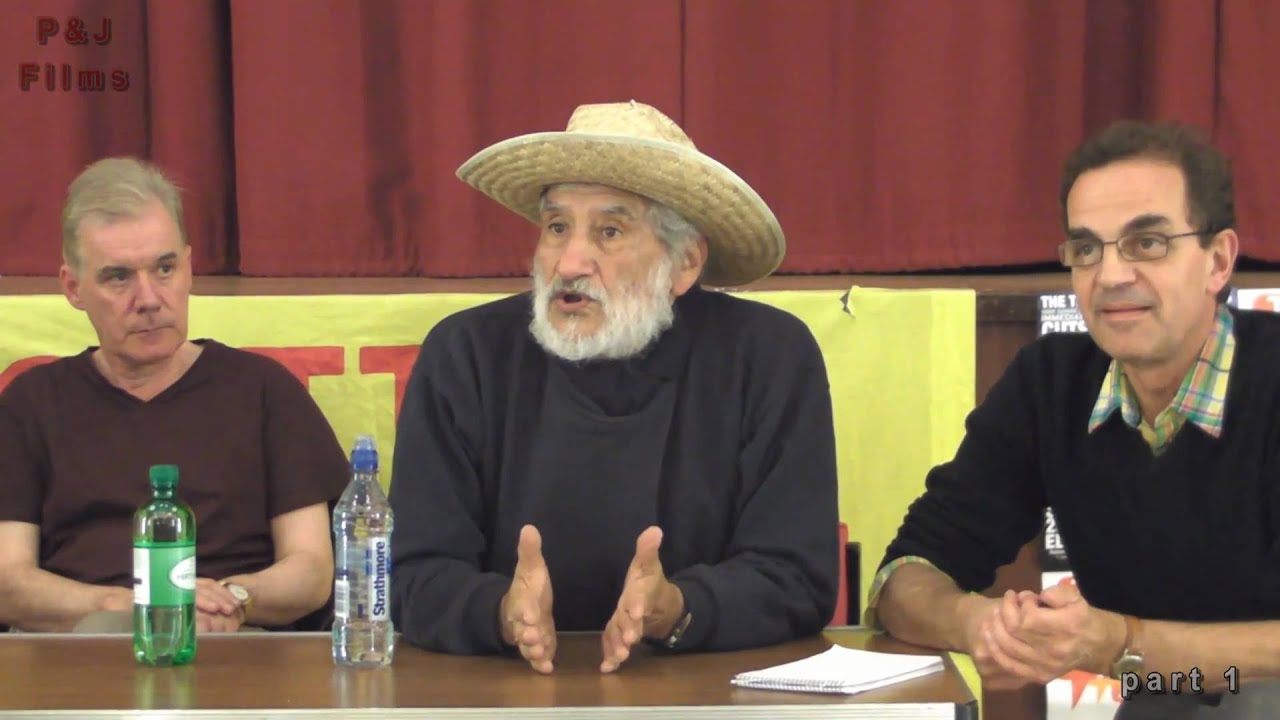 This is from my good friend and comrade Hugo Blanco translated from Lucha Indigena.

Editorial
CHANGE THE SYSTEM, NOT THE CLIMATE!

In Lima, the United Nations Climate Change Conference (COP20) and the People's Summit were counterpoised meetings.  The first was the meeting of governments of 194 states representing the system of big capital that is mercilessly destroying our environment, leading toward the extinction of plant and animal species, including the human species.
The second was a meeting of thousands of native and non-native people who are defending this same environment.  Our theme was "Change the system, not the climate!"

COP20
This meeting's declared objective was the preparation of an agreement for approval at COP21 in Paris this year.  The document was intended to demonstrate the participant states' commitment to reduce emissions of greenhouse gases.  This is a matter of the greatest urgency, as the scientific data indicated that the mean global temperature could increase by four or five degrees, with catastrophic results for the entire planet.
Nonetheless, as if to show their contempt for COP20, the world's two greatest emitters -- the USA and China -- met and agreed between themselves on a miserably inadequate reduction in their emissions.  The USA said that by 2030 it would bring emissions 26-28% below 2005 levels, while Chine said its own emissions would peak in 2030.  Among other things, this agreement showed that the two governments had no interest in discussion the topic at the Lima meeting or in Paris.
Of course, the other great polluters (European Union, Russia, India, Japan, Germany, Canada, Great Britain and South Korea) had no intention of committing themselves to lowering their emissions.
The poor countries called for economic assistance to mitigate the effects of global warming caused by the major polluters, who were unwilling even to talk about it.  What they did discuss with enthusiasm was the so-called REDD+, which they claim serves to absorb carbon dioxide.  In reality, it is all about how big corporations can better pillage the territories of (primarily) native peoples through agroindustry.
Two native organizations had arranged with the Peruvian government to hold events as part of COP20.  However, the government mocked their efforts by unilaterally canceling their participation.

The People's Summit
This meeting of about 3000 people took place 8-11 December around the theme "Change the system, not the climate!"  It was a valuable international exchange of experiences and networking for future activities.  The governments made many attempts to obstruct it, of which we will give two examples.  The Peruvian government tried to stop the march by the defenders of water in Cajamarca.  And Ecuador's "progressive" government tried to block the great continental climate caravan that had come all the way from Mexico from continuing its journey to Lima.  And afterwards it evicted the Confederation of Native Nations of Ecuador (CONAIE) from its headquarters as a reprisal for its participation in the summit.
There were 160 activities, mainly in Exposition Park, where 20 stands were set up.  The best publicized action was the grand march in defense of Mother Earth on 10 December, the international Human Rights Day.  This demonstration brought traffic to a standstill in downtown Lima.
Native peoples from several regions of Peru, from elsewhere in the Americas, and from abroad were conspicuously present.  Women and young people were also very much in evidence.  There were special workshops for these three sectors, with broad debate of their particular reasons for struggling to protect the environment.
In contrast to COP20, it was clearly set forth that climate change is not solely caused by global warming due to the emission of greenhouse gases.  It also results from other manifestations of big capital's assault on nature impelled by its greed for profits.
There were debates about open-pit mining, the extraction of hydrocarbons (including fracking), dam construction, attacks on rain forest and other woodlands (including the above mentioned REDD+), transgenics, agroindustry, atomic power, means of mass communication, the attack on coral reefs, industrial pollution and other topics.
The various forms of resistance to big capital's assault were discussed, highlighting the importance of permanent, coordinated, collective struggles.  It was shown how the governments are mere servants of big capital, as are the majority of parliamentarians, the judicial branches, the police and armed forces, mass media, etc.
Corruption in government and its ties to the drug trade was denounced.
The system's consumerism was denounced.
The hypocrisy of Ollanta Humala's host government -- manifested in part in the launch a few weeks earlier of its fourth "package of environmental reforms", yet another major assault on the environment in the service of big capital's insatiable appetite, while criminalizing defenders of the environment and complicity in their assassination -- was denounced.
In addition to these denunciations and the struggle in defense of the environment, there were discussions of how to build a new kind of society marked by democracy, collectivism and mutual solidarity, of how to take better care of the environment, how to save the medicinal traditions of original peoples from being lost forever, of ecologically sound agriculture, of food sovereignty against the export of products needed to feed the people where they are grown, etc.  In summary, it was all about replacing the present rule by huge transnational corporations whose entire thrust is to profit by the planet's degradation and the impending extinction of our species with a new world in the hands of the great mass of humanity.
And that is why the theme of our summit, appropriately chosen, was Change the system, not the climate!