‘People are pissed off with us.’ 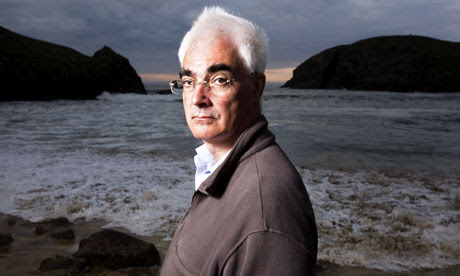 I once did a Red Pepper Labour Party conference fringe meeting in Brighton, I am not quite sure why I was asked I have never been a Labour Party member or had much connection with the Party.

The audience confessed how they had been variously demoted from positions as councillors and carved up in various ways by the Blairites but admitted that mostly because New Labour had put the party in power, they would stick with the project. Given Labour's long years of defeat in the 1980s they had a point perhaps.

Neo-liberalism has never been about power for 'labour' and now it has run out of steam for the 'third way' supporters and no longer even provides electoral success for career politicians.

My feeling is that Crudas and Compass will make the party just about acceptable to some on the left and to the unions to keep the show on the road, after election defeat, thus blocking the creation of any real left alternative.

Perhaps I am being pessimistic but may be we on the Left of the Greens, in Respect, the ideologically imaginative in Plaid, etc, etc, etc, etc right down to Permanent Revolution and Workers Power...are going to have it tougher too.

Well how will we socialists in all our diversity react to the defeat of New Labour by recession and the right?

Perhaps the dog years of New Labour provided a window of opportunity which will close with Conservative success in the next General Election?

Or am I having a rare moment of undue worry....we certainly need to discuss all this and debate practical strategy for advancing beyond the present market based madness.
at August 30, 2008