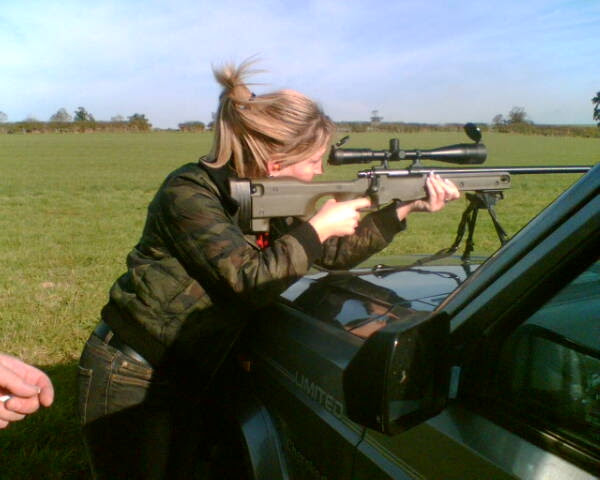 Its rumoured that ex BNP councillor Sadie Graham has been arrested over the leaked BNP membership list, watch this space.

She was one half of an anti-Nick Griffin split last year, who knows, this one will run and run....however watch out for secret state interference.

One far right activist and holocaust denier I have been challenging for many years is making a new bid to seduce Greens, more on this as well soon,

Larry O'Hara has written about her at Notes from the Borderland....was she training on a camp near Ashford in this mystery photo?

She has an interesting background being a Brighton girl apparently according to a report from a year or two ago:


One of the BNPs highest flying members at the moment is Sadie
Graham. Formerly a Brighton Hunt Sab and anarchist, Sadie has
been climbing Nick Griffin's greasy pole so rapidly she is now the
BNP's Director of Group Development.
Curiously she has been able to do this with most BNP members
unaware of her political background. Even more curious was a piece
in the March issue of Searchlight, which could have been an
advertisement for the advancement of Sadie Graham.
at December 05, 2008