Socialist Worker central committee 'Why we need an ecosocialist network' 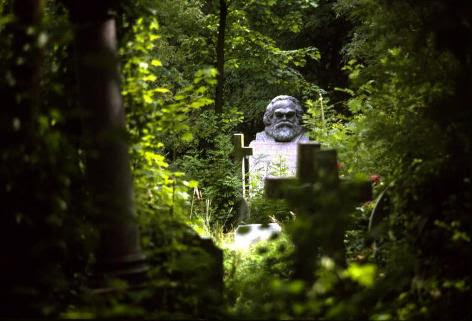 Karl Marx, in Capital, Volume III noted:
“Even an entire society, a nation, or all simultaneously existing societies taken together, are not the owners of the earth. They are simply its possessors, its beneficiaries, and have to bequeath it in an improved state to succeeding generations as boni patres familias [good heads of the household].”

1. Democratic control of society i.e. the Commons
2. Respect for future generations i.e. the idea that we must act as good ancestors advocated by Marx, Ostrom, indigenous, etc.
3. Disciplined and focussed struggle to achieve 1 and 2 so we have a decent democratic ecological and equal society

None of this belongs to one political organisation, we have to make paths by walking them. I am not a supporter of the Socialist Worker A/NZ, its not my tradition but great they are prepared to take steps to make paths....

August 11, 2011 -- Unityblog -- The crises of global capitalism, coupled with catastrophic climate change and peak resources, is going to bring about profound social, ecological and political upheavals.

There is evidence of this happening globally already. We can point to the Arab revolts that have toppled US-backed regimes and the emergence of anti-neoliberal movements of workers and young people in a number of European countries. Part of the context for these revolts is the global financial crisis, which is ongoing and will unravel further, impacting severely on the lives of grassroots people around the world.

While the current political situation in New Zealand is a big step away from mass revolt, the forces at work in this country are similar. Masses of ordinary people are hurting, there’s simmering anger towards politicians and other corporate elites, and there’s growing concern at the ecological catastrophe that humanity faces. The political quietism will not last indefinitely.

What can eco-socialists do today to prepare our forces for the historic challenges in front of us?

Socialist Worker believes the time is right to encourage further cooperation among people who identify as eco-socialists. Across the New Zealand’s existing left parties and socialist groups there are people who broadly share a common political perspective, who want to work towards a sustainable, equitable and democratic future.

But equally importantly, there is probably thousands of people not currently belonging to any political party or organisation who broadly share an eco-socialist vision.

We think it’s necessary, and possible, to cohere and grow the network of eco-socialists in New Zealand. For this reason, Socialist Worker has started trialing an eco-socialist network sign-up sheet. (To view the sign-up sheet click here.)

While it’s very early days, there are some encouraging signs that people are interested in joining an eco-socialist network.

In the near future we want to set up an eco-socialist website/discussion forum on the Internet. We envisage this new site being free of any party branding and that it would evolve, we hope, into a forum jointly run by a number of organisations and individuals.

Such a web presence would maximise the sharing of information and ideas relevant to an eco-socialist vision. The site would connect with people through email newsletters and social media.

Socialist Worker believes that building a broad eco-socialist network in the short term will be one practical “here-and-now” foundation for a mass-based broad left movement in the future.

An eco-socialist network would complement other positive developments on the left, particularly the emergence of the Mana Party, which is uniting a flaxroots Maori movement with radical left activists from socialist and union backgrounds.

An eco-socialist network would also build on the closer cooperation between leftists that we’ve seen in recent years around campaigns like $15 per hour minimum wage, NZ Not For Sale, Kia Ora Gaza, Tax Justice and anti-mining/oil drilling.


An eco-socialist network could look to achieve these goals:


1. Draw people together across parties and organisations who self-identify with the word “eco-socialist”, and thus be a force for breaking down barriers and opening up democratic debate, so essential to building a broad movement for change;

2. Facilitate open discussion about all aspects of the political struggle in New Zealand and globally.

3. Foster increased cooperation around anti-neoliberal campaigns initiated by a range of groups and organisations;

4. Work towards launching popular strategic campaigns that target neoliberalism and bring activists into contact with broad layers of grassroots people.

5. Encourage a dynamic analysis of the crisis of global capitalism and its impact on material conditions in New Zealand, from which sound political strategies can emerge that provide us with realistic pathways towards a sustainable, equitable and democratic future.

While there is a lot to work out in practice Socialist Worker believes a web-based eco-socialist network has considerable potential.

For more on the crisis of global capitalism, which compels the eco-left to join together, read Capitalism's terminal crisis and the global cooperation of eco-socialists by Grant Morgan.