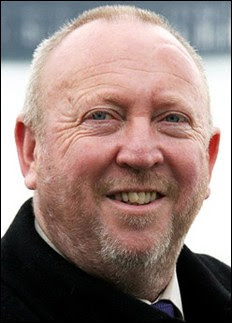 Rather liked this from Green World, the Green Party Magazine about Keith Taylor, who took over from Caroline Lucas as our South East MEP after Caroline Lucas was elected to parliament.

There’s a crisis in the world of bees...Between 1985 and 2005 the number of honeybees in the UK halved. Colonies disappearing is a real and significant threat, not only to honey production but also to the production of many of our crops which depend on bees for pollination. In total the value of Europe's insect pollinators is estimated at €14.2 billion. Worldwide this rises to €153 billion - that’s 9% of the total value of global food production.

Some 87 out of the 115 leading global food crops depend upon animal pollination including important cash crops such as cocoa and coffee. The continued decline in bee numbers could make healthier foods such as fruit and vegetables much more expensive and the loss of bees could have a devastating impact on global food security. Bees are also important for pollinating wildflowers so without them our towns and countryside will lack the diversity of flora and wildlife we currently take for granted.

We simply don’t know enough about why bees are in decline. Many factors could be involved – changes in farming and land use, diseases and parasites, climate change, lowered bee immunity and the use of pesticides. Research into some existing pesticides has shown very high levels of toxicity to bees. Given the crisis we face it is foolhardy in the extreme to continue allowing their use. Until the reasons for increased bee mortality are better understood, those pesticides which are of most concern must be banned.

In the near future, the European Parliament will be consulted on the framework for authorisation of pesticides in the EU. The Greens will be calling for much greater consideration of the affect of pesticides on bee populations. Last year the European Parliament passed a resolution which called for independent and timely research into bee mortality. At a meeting I hosted recently in parliament experts and MEPs described an urgent need for detailed and extensive risk assessments of the impacts of new and existing pesticides on bees and research into the chronic effects of pesticides on bee colonies, bee survival and honeybee behaviour.
Earlier this summer I supported the Isle of Wight Festival’s ‘Let It Bee’ campaign which raises awareness of bee decline with the 70,000 festival goers. It has also helped to fund the ‘Field of Hope’ project, the first bee reserve on the Isle of Wight, converting a meadow into a bee paradise. Surveys have shown there to be over 100 species of bees and wasps on the reserve, including twenty nationally rare species and two which are completely new to the island.

Tackling the problem of a fall in bee numbers needs more research and more conservation projects. But we can all do our bit. Recently I visited a nursery school in Hove where children are planting wildflowers to attract bees to their garden. This is a simple step to support bees. By encouraging more of this sort of local action we can all help to avert the unprecedented disaster which we face if bee numbers continue to decline.

>
Keith will be hosting a fringe about bees at the Green Party’s Autumn conference in Sheffield.