‘Where will the lower orders buy their Christmas presents?’ 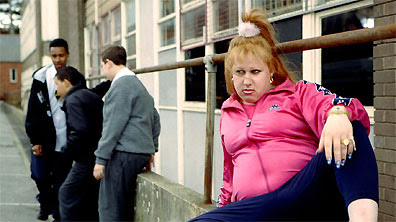 Your new book is called Chavs:The Demonization of the Working Class. Can you briefly explain where the term ‘chavs’ comes from, what it is supposed to represent, and who is using it?

The word ‘chav’ comes from the Romani word ‘chavi’, which means ‘child’. When it first entered the Collins English Dictionary in 2005, it was defined as a ‘young working-class person who dresses in casual sports clothing’. Its use is widespread, but it is its use by middle-class people that is particularly disturbing. I open the book by discussing an anecdote: I was having dinner with people from an exclusively middle-class, professional background, and one quipped: ‘It’s a shame Woolworths is closing. Where will all the chavs buy their Christmas presents?’ What he was saying could easily be rewritten as: ‘Where will the lower orders buy their Christmas presents?’

There are several acronyms that have been made up for ‘chav’ that are dripping with class hate: like Council House Associated Vermin and Council Housed And Violent.

Several ‘chav-bashing’ books have been published which come up with definitions of those they are attacking. According to ‘The Chav Guide To Life’, as well as being ‘loud and lower class,’ ‘Most chavs come from not well-off, working-class families on council estates’. The bestselling Little Book of Chavs goes through a list of ‘chav’ jobs: supermarket checkout workers, cleaners, hairdressers, fast-food workers, etc.

As an example of how the wealthy and powerful associate ‘chavs’ with working-class people, it’s worth recalling how Prince William dressed up for a ‘chav-themed’ fancy dress party at the end of his first year at Sandhurst. When the other cadets demanded he ‘put on a chavvy accent and stop speaking like a Royal’, he couldn’t do it: ‘William’s not actually the poshest-sounding cadet, despite his family heritage, but he struggled to pull off a working-class accent,’ one cadet told The Sun.

The website ‘ChavTowns’ goes through a number of working-class communities, writing them off in their entirety as, well ‘ChavTowns’. My own hometown of Stockport gets a repeated beating: take one article attacking the town - ‘To be fair, Stockport has some very wealthy areas. Unfortunately, it has more than its fair share of scummy ones too.” Another article attacking the local population similarly moans: “I have to admit I feel ashamed to have to write Stockport on my address, despite being from one of its much, much nicer suburbs (yes they do exist).’ Or, for a Southern example, check out an example of eloquent chav-bashing directed at Basildon, which is described as a ‘seething mass of chavite humanity’.

For many, Vicky Pollard - the invention of two wealthy, privately educated comedians - is a symbol of the ‘chav’ caricature. A few years ago YouGov ran a poll of people who worked in TV: the majority thought that probably the most famous ‘chav’ icon out there, Vicky Pollard, was an ‘accurate representation’ of the white working-class.

What is most problematic is how the meanings of ‘chav’ and ‘working-class’ have fused together, even among many people who would ordinarily be described as working-class.

Interview with Owen Jones who seems to have a larger presence on the left than anyone other than Chavez
at July 06, 2011

Thanks for your Chav etymology, Derek. I'm a Bury lad originally. Bury has it's centres of Chavdom but in the main defines its identity as being a cut above Bolton. We have our fun with these labels, but it's not often fun being on the other end of them. 'Anabaptist' started off as a term of abuse and led to people like me being burned and drowned all over Europe.

although this is from Owen's book via my friend Sam.

powerfully inspired to have anabaptists following my stuff,

it doesnt seem fair that owen jones is doing so well i can only conclude hes got where he is by working hard or going to oxford as its is not through talent. recommend everyone read the private eye review of his book.

Is your name Ed Miliband?

"...As an example of how the wealthy and powerful associate ‘chavs’ with working-class people,..."

I would have it that the 'trendy-left' has been more responsible for this than the wealthy and powerful who by and large just ignore the working and underclass. The trendy-left seems to have completely abandoned the old 'white working class' and spends its time bending over backwards to appeal to lower middle class types (when its not point-scoring over the inordinate amount of pedantry on blogs these days).