Jorge Enrique Robledo 'I WILL NOT BE SILENCED!' 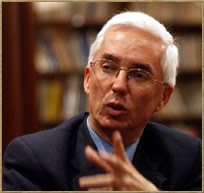 I WILL NOT BE SILENCED!

Senator of the Polo Democrático Alternativo

The Prosecutor General of Colombia, Alejandro Ordóñez, has decided to conduct a preliminary investigation against me "for alleged ties with illegal groups". The reason? His office received a request from the National Police because, according to them, my name appears in the computer of slain guerrilla leader Raul Reyes, a computer that's been in the hands of the government for 15 months!

With a completely clear conscience I will respond to any accusations made against me. At the same time, I emphatically reject, with outrage, what my personal convictions lead me to believe is a sinister conspiracy against me by the government of Alvaro Uribe Velez -- a government in which high-ranking officials in the Executive branch, directors of the Administrative Department of Security and drug traffickers have gone so far as to plot against the Colombian Supreme Court.

My almost three decades as a full time professor at the National University of Colombia and forty years of public service allow anyone who wishes, to verify that I have been absolutely faithful to the principles of MOIR, an organization that has always rejected armed struggle and kidnapping. And it's well known that I would not have joined the Polo Democrático Alternativo if they had not written these principles of nonviolence into their program. Anyone who would say otherwise is a shameless liar.

It's obvious that they are attacking me because of my uncompromising opposition to the economic, political and social policies of the Uribe regime, as well as my criticism of his subservience to the dictates of the White House, of policies that leave Colombians unemployed and hungry, of the surrender of our natural resources and privatizations, of the destruction of our agricultural sector, of the presidential cover up to protect pro-Uribe Congress members and government officials who have ties with the death squads, of the immorality of the Justice Minister, of the shady and illegal business dealings of the president's sons and of his plan to impose a tyranny (by changing the Constitution to allow himself to run for a third term).

It's not a coincidence that this slanderous accusation, aimed at discrediting me, is launched as Alvaro Uribe struggles to get a Free Trade Agreement passed in Canada, a country where a version of my denunciation of the shady business dealings of the president's sons is circulating and in whose parliament I explained a short time ago, to the international trade commission, why the FTA agreement should not be ratified.

How proud I feel for not having supported the appointment of the current Prosecutor General of Colombia.

As the true nature of Uribe's government is increasingly exposed both within Colombia and abroad, Uribe and his supporters are obviously becoming more and more desperate. So it's not surprising that they are stepping up their attacks on the Polo Democrático Alternativo and trying to silence our party's leaders and, along with them, all the other groups and individuals who are resisting.

President Alvaro Uribe Velez should understand one thing: that this senator, who with dedication and integrity is committed to defending our national dignity and true democracy, will not be silenced by the threat of his attacks. And I am convinced that those who, from other political positions, are also opposed to this disgraceful regime, will not be silenced either.

Hope you lot are recovering from the recent turmoil - as are we in Yorkshire!

I'm interested that your poll still shows a majority thinking that we will keep on finding more (sufficient) oil.

Such 'believers' may like to Google: global oil discovery . They will see a clear peak in discoveries in 1964.

We are well past the point where what we consume is more than what we discover (1985) and that's the main reason there is an energy crisis - whether we literally feel it today or not.

Add to that Britain's increasing reliance on overseas fuel: coal from Russia, South Africa, Australia, Colombia; gas from Russia and Norway, and we have sound arguments for our own in-house, renewable, sustainable fuel sources.