Oil is thicker than blood? 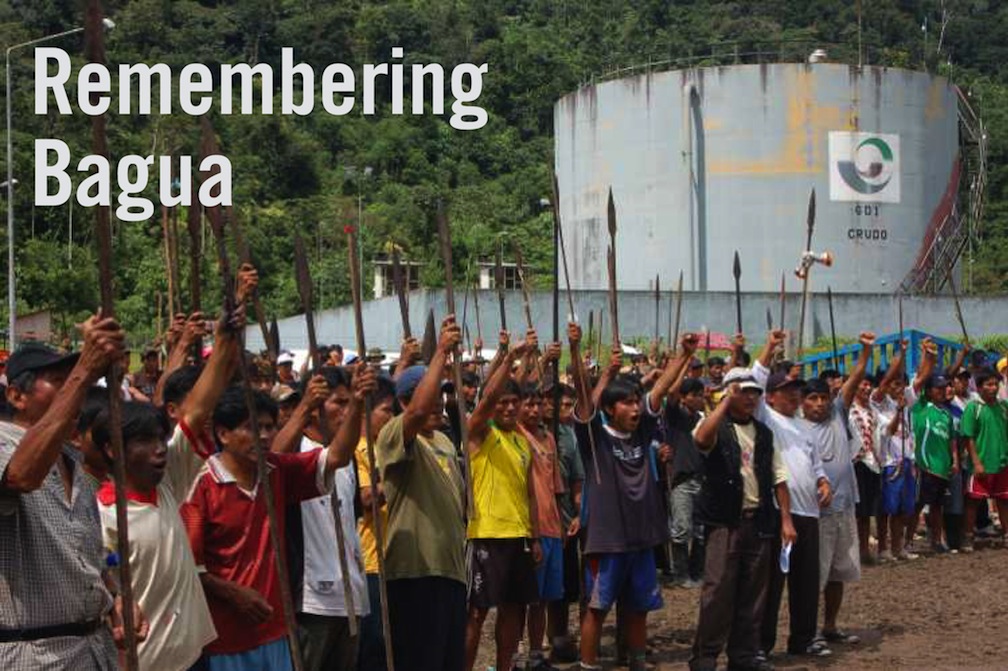 Lot of hot air about climate change but when the indigenous defend the Amazon and stop it being wrecked by gas and oil companies, how many environmentalist defend them from the death squads?

Too busy worrying about climate change to defend the indigenous defending our collective future?

Two years ago over a hundred indigenous people were massacred at Bagua. Defeating the hard right candidate in last week's election of Peru President the indigenous won a victory but oil remains thicker than water.

Just had this from Hugo Blanco

June 8, 2011 – Last Sunday, the day of the run off election, also marked the second anniversary of the bloody events that occurred in the city of Bagua on June 5, 2009. This date should not be overlooked now that a new government, which has promised to respect the rights of the indigenous peoples within the framework of Convention 169 of the International Labor Organization, is about to take office.

What agenda points are still pending in order to achieve reconciliation between the indigenous peoples and the Peruvian government?

First, we need to officially know why and how the so-called “Baguazo” took place. We currently have a number of reports that explain these events: the final report issued by the commission investigating the events that occurred in Bagua, which is not backed by the majority of its members; the minority report signed by the indigenous leader, Jesús Manacés, and the nun, Carmen Gómez; as well as the minority report issued by the commission led by congressman, Guido Lombardi. The fact that there is no consensus about the events that occurred in Bagua is extremely worrisome.

Second, we need Congress to pass an Indigenous Peoples Prior Consultation Act once and for all. The Executive Branch observed this legal provision about a year ago, but its debate has come to a standstill. Even worse, due to the absence of this law, sectorial decrees, which undermine the purpose of prior consultation and hinder the adequate resolution of social conflicts, continue to be enacted.

Third, we need to know which policy makers are responsible for “Baguazo”. In March, the Military and Police Supreme Court ruled against the officials tried for the bloody events, which occurred on June 5, 2009 in Bagua. Peruvian National Police Generals, Luis Muguruza Delgado and Javier Uribe, were found guilty for the crime of failure to comply with duties in an operation. In this case, the weakest link of the chain broke, in other words, the officers in charge of the operation, but, who gave the orders? Did these generals, by any chance, act alone?

What happened to the indigenous movement that came to life during the Amazon protests in 2008 and 2009?

The Amazon indigenous movement weakened because, among other aspects, a right-wing sector insisted on undermining its agenda, because the media branded the indigenous leaders as violent and because of a lack of unity within this movement and the absence of an alliance with other social movements in the country.

In this regard, although the election of the indigenous congressman, Eduardo Nayap Kinin, who ran for the Gana Perú party, is a sign of progress insofar as political representation is concerned, it is not enough for the indigenous peoples of the Amazon region to legitimize their demands on Peruvian society. This task, which the Amazon peoples will have to address through their own leadership and with the backing of the government, is still pending.