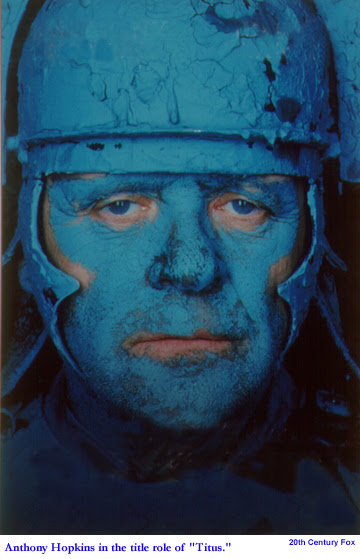 Some people just feel fed up with politics in general and don’t want to vote at all, and who can blame them when they have been betrayed so often. When told that politicians are just in it for the money I explained that I’m definitely not. To prove it, if I am elected - about which I’m feeling more and more optimistic - I undertake to give half my salary to the Green Party. I’m in it because I can’t bear to think about what’s going to happen to people, and other species, in the future.

I liked this statement from Shan, there are some by-election blues in the Howden and Haltemprice by-election and a lot of disillusionment with the whole political class amongst voters.


I had an interesting experience in the Sedgefield by-election last year, which I want to talk about and draw some lessons from for wider politics.

Sedgefield is a prosperous northern market town with some very attractive pubs, church, coffee shops...nice place to live. The constituency which is much larger than the town includes Newton Aycliffe and lots of former pit villages like Trimdon. Although many people commuted to work in Middlesborough and Durham, it has an air of post-industrial decline. After the miners strike the pits were shut, I don't think there is a single one open now and deindustrialisation during Thatcher and Major in the 1980s and 1990s seems to have accelerated economic decline.

Sedgefield was, of course, Tony Blair's constituency. He looked like a man who would have suited Sedgefield town may be but not the miners villages. The by-election was scary at times, the BNP gained 8%, although the candidate a former UKIP man, Andrew Spence, was involved in a fist fight with another BNP member a little later and left the pary.

On election day, a huge van covered in bizarre red crosss and decorated with various right wing demands cruised past the polling station where I was telling with my green rosette on, it obviously belong to some obscure faction to the right of Nick Griffin and co.

A lot of the youth were keen BNP supporters, which is something, I had not come across before and found pretty disturbing. Far right politics as youth culture. Economic decline is one factor, the 100% disillusionment with Blair was another, the constituency seemed very white and I guess a lot of local BNP voters had had little experience of diversity, which does little for tolerance and mutual respect. 99.3% white according to some sources!

The Green vote was not huge, which was a shame Chris Haine is an excellent candidate and Mike Toms as agent worked hard. As always in by-elections Clive Lord put in days of work, honorable mention to the great Elizabeth Barclay and the energetic Mark Hill. Sorry for any one I have left out, although there were not hundreds of us.

Any way plenty to tell, but the particular story I wanted to relate goes like this. A couple who were local Labour Party members came up to me and gave me a long account of how they had been active in the party since before Blair was selected, they were totally disillusioned.

You see it a lot in politics but especially in the Labour Party at present. Incidentally a good friend of mine who is a Labour Party member in Hackney told me how difficult it was to get anyone from the party out to canvass and campaign in the Mayoral Elections back in May (see I do have friends who are political but not ecosocialist Greens!).

It was a long and interesting account from the couple, covering the socialist tradition in the North East, the urge for something new and positive after the long years of Major and Thatcher, the problems with Blair and New Labour and of course the unnecessary bloodshed of Iraq. I not sure why they even stayed in the Labour Party, I am glad they talked to be some openly, see I do listen at least once a year!

They made a simple and heart felt point. They told me that time after time in politics, people are strongly attracted to charismatic politicians like Blair. For a while they inspire nearly everybody and induce almost passionate commitment amongst the faithful.

But the couple said to me they fail, being hungry for power and often unprincipled, this devastates their supporters, who become disillusioned and then often drop out of political activity.

Of course as fewer people become politically active, it is less and less easy to achieve positive change.

Gordon Brown is so dull at present that he is disillusioning his former supporters through lack of charisma but the Blair alternative or the alternative of those who trade on personality is dangerous.

I am great fan of Chavez, well hey he gets things wrong but he reads widely and is more than just a face and has a good sense of humour, so may be he will be an exception. However one should never put faith in a single individual, it is too risky and Venezuela well only progess if a mass movement is sustained and grows.
Incidentally Chavez who is the same age as Blair was, at first attracted to 'third way' politics, initially rejecting both the left and the right!

Yes I like Castro as well but he has stepped down and is a bit player like the rest of us, that makes me happy.

The Scottish Socialist Party was helped immensely by Tommy Sheridan but his dominance was one of the key factors that nearly lead to its collapse and the socialist parties in Scotland are now weak. The great man or women is a great target for those who wish to destabilise radical politics.

Figure heads if we treat them as figureheads can have a role but they are only human and the will to political power produces not just feet of clay but legs and arms of the stuff.

The average politician is probably good hearted, at least, at first but eventually they will steal you last rollo and justify the act in terms of saving the penguins or promoting a strong economy.

Harden your heart to leaders, treat them as potentially flawed and you will probably keep active in politics, open you heart and put your faith in them and your heart will be broken.

I guess voters may be ahead of those of us who are members of political parties when it comes to this piece of wisdom.
at June 29, 2008

The Observer has decided to host an event entitled "Liberty in Peril" in Westminster on Thursday 3rd July at 7pm, including David Davis (former MP), Henry Porter, David Aaronovitch, and Denis MacShane (but, predictably, no Shan Oakes and no other Greens).

It would be IDEAL if you could speak at the meeting. We're trying to get as many Greens as possible to book free tickets and get to the event.

If you can't make it, how about somebody else in the party who can put the case at Westminster that Davis is no libertarian, and the Green Party is the real defender of civil RIGHTS, in solidarity with Shan on the ground in Haltemprice and Howden?

Particularly as another chink in Davis's armour has just emerged:

Kevin Bell is vice-president of Fleishman-Hillard, a global public relations firm representing security companies that have introduced ID cards in the United States and Spain. Opposition to the Government's move to introduce a British ID card is a major plank of the David Davis for Freedom campaign website, which Fleishman-Hillard also set up.


Please try and get there yourself or help to get somebody there!