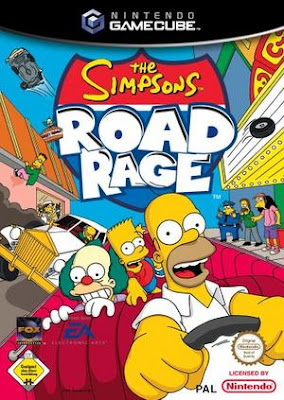 
As the price of gasoline soars, Americans are forced to think in ways that they haven't in generations: to drive, or not to drive?

Do they park the car and opt for public transportation?

Or do they try to sell the ole gas guzzler (better known as SUVs) for a tiny foreign import?

For most of the latter 20th century, a car was seen as an American right, more sacred than freedom of the press, for while many may've felt that the functions of a free press was problematic, the freedom to drive (with relatively cheap gas) was part of the national psyche.

For 50 years suburbs sprang up in the hinterlands of major American cities -- white rings around blacker and bleaker urban centers. Those mass migrations were made possible by the car, and affordable gas.

And despite the sound and fury echoing from the nation's Capitol, or various presidential campaigns, the simple truth is that U.S. politicians have little impact on this phenomenon.

That's because oil is an international resource, affected by global economic and political forces beyond American control. It's also true that the toxic tensions released by the Iraq war have destabilized the region so much that a mere rumor can send prices spiking, feeding speculation, which profits from his cycle.

In 2003, before bombing even began over Baghdad, oil was selling at nearly $30 a barrel.

More than a natural resource, oil has become a financial asset in itself, like stocks, bonds, real estate or gold. And like many assets, as long as it appreciates in value it will attract speculators who trade in oil futures, and in the absence of any real regulation, will push the price as far as the market will bear (and, after all, isn't that what a 'free market' means?).

One industry observer, Daniel Yergin, of the Cambridge Energy Research Associates, noted, "People are hedging against a falling dollar by buying oil and that hits the price. The most important thing that could be done would be for the dollar to rebound. And that is nothing you can legislate. " * Moreover, some industry experts have written that speculation hikes prices from 20 to 40%! That means that the price of a barrel of oil is really closer to $54 than $135, and thus that the price per gallon should be closer to $2.70!

So, the next time you coast into a gas station, and your jaw tightens as you notice the latest gas prices, remember why. That price was spiked by the twin forces of the Iraq war, and the government policy of deregulation.

Those who expect politicians to ease this problem are dreaming, as shown by the rejection of a recent bill seeking a windfall profits tax on oil companies in the Senate.

Exxon, for example, made more money in the last several quarters than any corporation in the history of business. Will the politicians who accepted millions from the likes of them choke this golden goose?

So, get angry at the goof who just cut you off, or stole your parking space. Get angry at the car full of boys who are banging the bass so loudly the highway is bouncing.

Get angry at everybody, except the system that made this situation inevitable.

As we all know, there is not one single thing anyone of us can do about the price of gasoline and yes, the media is having a field day reminding us that the price of gas increases on almost a daily basis. I found a few interesting sites which can help in finding the cheapest gas prices and one site that offers to lock in a fixed price for gas. They are Gasbuddy, www.gasbuddy.com and GasBankUSA, www.gasbankusa.com. Take a look at these sites and they might help you as well.