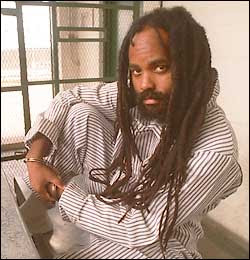 
For millions of people, the economic crash and crisis seems almost mystical.

It seems more complex than it really is. That's because the corporate media is, more often than not, a contributor to confusion, rather than a source of clarity.

The media thrives on conflict, chaos and controversy.

That's why I found in the {British} left press what I've never seen in the corporate media: the text of a 2002 open letter from U.S. financier, Warren Buffett to his Berkshire Hathaway shareholders. Buffett, one of the richest people in the U.S., warned his shareholders to avoid 'derivatives'. which he described as "time bombs, both for the parties that deal in them, and the economic system."

Buffett explained that derivatives are financial agreements for the exchange of money at some future date, which can be 20 years or more. What makes them dangerous is they're collateralized, or guaranteed, based on often faulty reference points. For example, derivatives may be traded saying in 10 years, GM stocks will double its 2004 value, and if it does in 2014, the instrument buyer will receive say, $10 million. In many cases, before the contract is ripe, not a penny has changed hands, yet some companies assigned these instruments a value, recorded them on their books as assets, when in fact, they had no real value.

Again, Buffett explained six years ago why these instruments should be avoided, writing to his shareholders:

The derivatives genie is now well out of the bottle, and these instruments will almost certainly multiply in variety and number until some event makes their toxicity clean. Knowledge of how dangerous they are has already permeated the electricity and gas businesses, in which the eruption of major troubles caused the use of derivatives to diminish dramatically. Elsewhere, however, the derivatives business continues to expand unchecked. Central banks and governments has so far found no effective way to control, or even monitor, the risks posed by these contracts.*