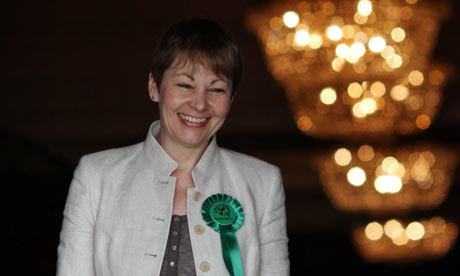 While I share Seumas Milne's analysis of the fragility of the coalition, I do not share any optimism that Labour can offer a credible alternative (Cameron and Clegg have shown they are for turning, 30 December). Having ditched their principles in government, Labour want to reclaim them now they are out of power. But politicians must take some responsibility for their actions, and show some consistency over their policies. How can a party that introduced student fees now oppose them on principle? Like the Liberal Democrats, Labour broke a manifesto pledge in doing so. But unlike the Lib Dems, they were not then the junior members of a coalition. Labour had a Commons majority when they ended the principle of free tuition. It was entirely their decision. Now Ed Miliband appears to believe he can airbrush that decision from the record.

Similarly, the ethos of the NHS as a public service, where patient needs come before profits, is taking another blow. Yet Labour is unable to mount a principled defence since, when they were in power, they welcomed in private healthcare providers, and saddled the NHS with huge debts through PFI.

Across the board, Labour simply cannot oppose coalition plans without laying themselves open to the charge of hypocrisy. Academies? A Labour idea. Selling off Royal Mail? A Labour idea. Even the programme of cuts in public services is something Labour admit they would have done, had they won in May.

But Labour's leadership, with a typical lack of humility, assume that students and others will meekly return to the party that betrayed them. Ed Miliband wouldn't be seen meeting students, let alone marching with them – he said he thought about it, but was "doing something else" at the time. There lies the heart of Labour dilemma – they want to win back the trust of voters, but also pander to the Daily Mail. Joining the protests or challenging heavy handed policing in parliament, as I have done, does not seem to fit with Labour's obsession with the fabled middle ground of British politics.

Politics does not have to be a straight choice between power and principles. In our election campaign in May, the Greens did not drop any of our controversial policies. We stuck to what we believed in and, against all the odds, we won our first seat. It shows that if you tell the truth and offer people something better, the public will respond.

I can see Ed Miliband wants to move towards the left more than others in the Labour Party but he needs to be braver and bolder. Greens and others should note that he said the Iraq war was wrong; he is capable of admitting mistakes. That said he needs to do more and he could help form a dream coalition of red and green (I am green myself).

I do believe there are mumblings of creating a more plural approach from within Labour. Compass are debating reaching out to the Greens and other groups and organisations in order to create a larger consensus based approach. I certainly hope this could include Mebyon Kernow, Plaid, the SNP and any English Regionalists.

In Solidarity from the (ecosocialist) Cornish Republican: http://thecornishrepublican.blogspot.com/

I am a bit of John McDonnell, loyalist when it comes to Labour, ever seen I heard say he would take direct action with climate camp if Heathrow was to expand.

And I am a bit sceptical of pluralism in Labour but thanks for your sage points and lets drink a toast to Cornwall, I am all for free celtic nations.

come back this time next year.

do the same again

Are you Nick Clegg, anon?

Have you followed the great strides made by Europe Ecologie in France? Their very plural approach including the Greens, democratic nationalists/autonomists and various personalities was a great success in the regional elections.

I'm always hopeful of greater cooperation between the Greens, SNP, Plaid, MK and any English regionalists (The EFA/Green alliance but run at a UK level) however it doesn't seem on the cards at the moment.

Let me know if you'd like to exchange blog links. Thanks for your support for Cornish autonomy and all the best for 2011.

yes love to exchange links or better still write me a short piece repeating this and I will blog, you can send to me at wallddd @ hotmail.com

I'll see what I can rustle up.

You in my blog role amongst some good company.

You are a star!

I'm working on an article about Europe Ecologie for you. In the mean time is there any chance you could reciprocate my link to your blog and stick me in one of your lists of blogs to read. My URL is: http://thecornishrepublican.blogspot.com/