George Galloway Party stands aside for Greens in Oldham by-election 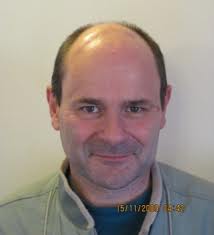 A sign of continuing cooperation between the Green Party and the Respect Party is that Respect who at one time were thinking of standing George Galloway in the upcoming Oldham by-election, have stood aside for the Green Party's Peter Allen.

Greens and Respect do cooperate to some extent in the Greater Manchester area and Peter is a well known member of the Green Left.

The by-election comes about because Phil Woolas who ran a campaign based on racist fear was forced to stand down after a hostile court judgement.

I am a bit of Galloway sceptic although he does do some very good work, I am very keen on Salma who I think has a strong sympathy with ecosocialism and kindly endorsed my recent Green Left book.

On the left we disagree but it is vital to build cooperation.

The Green Party has declared a candidate. Peter Allen is an active trade unionist, environmental and peace activist. Most importantly, he is opposed to the divisive politics of racism and a supporter of Palestinian solidarity. He has worked with Respect for many years on joint projects and Respect has no wish to compete with such an excellent candidate.

Respect will therefore not stand and will support Peter Allen. We share a common strategy of investment not cuts, investment in green jobs and services and support for the protest movement that can unite the people of Oldham, instead of the poisonous legacy of Phil Woolas.

The Respect statement in support of Peter is here

You can find out more about Peter's campaign here
at December 23, 2010