the best way of uncovering lies without falling into paranoia 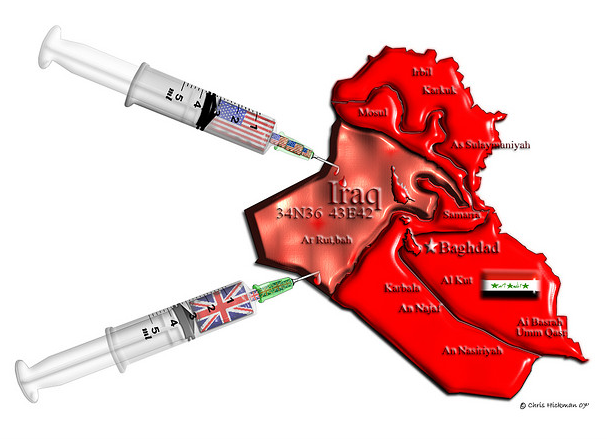 I think the best way of uncovering lies without falling into paranoia is to have some other way of looking at the big picture. As well as looking at the official lies, you have to see the truth on the ground.

I thought of this while reading Greg Muttitt's excellent new book Fuel on the Fire, published this month. Greg has been drilling into the allied policy on Iraq's oil for years and he hit a reservoir of lies.

His book pumps them to the surface, after long Freedom of Information battles.

In 2003 Blair said it was "absurd" to believe oil was involved in the decision to attack Iraq. Greg unearths and explains document after document showing the British government thought about Iraqi oil all the time. Making plans for war meant making plans of oil.

BP denied meeting the government before the Iraq war, but Greg shows that in November 2003 its man was telling British civil servants "Iraq is the big oil prospect. BP are desperate to get in there."

Blair said oil wasn't an issue, but as the war drums beat, Labour's ever-business friendly minister Baroness Symons was meeting regularly with BP and Shell and demanding British companies didn't "lose out" in the battle for post-war oil contracts.

Greg's book shows the British had powerful strategic interests in Iraqi oil as well as an urge to profit from it directly. A 2003 meeting of civil servants about Iraq shows they wanted to create "an oil sector open and attractive to foreign investment."

They thought Iraqis must be guided away from the "temptation"of a nationalised oil industry, knowing they would face "accusations of interventionism" from Iraqis, but wanted to push past them anyway.

It wasn't just making money from Iraq's oil, it was making sure that they could influence the world supply of oil using Iraq's vast reserves, seeing "Iraq as a member of [international oil cartel] Opec but on the dovish side, favouring greater output at more sustainable prices" with an "oil sector that acts as a role model for how other Middle East countries might open their oil sectors to foreign and private sectors."

Again and again Greg refines the truth from the oily talk of freedom. But he also manages to paint a picture of the real Iraq, way beyond the dishonesty he exposes.