'There is a war going on in Chile' 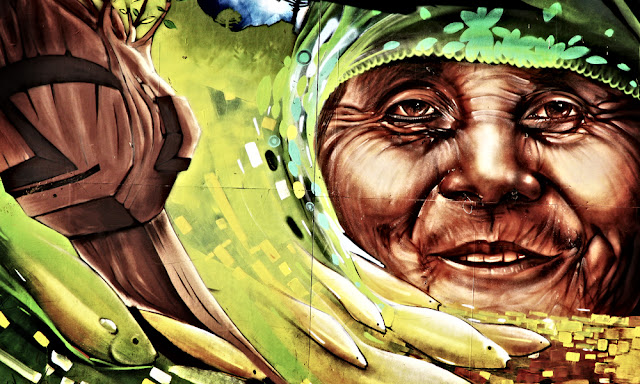 There is a war going on in Chile, a war that has been raging for over 500 years. It seems like such a normal part of life now that the world doesn’t even notice it anymore. Like many other conflicts, it concerns territory and resources. Those waging it are depicting themselves as the ‘General Custers’ of this story, bravely facing the threat of being scalped, carving out a niche for the more civilised and deserving. Those standing in the way of ‘progress’ are deemed savages, terrorists even. But is it terrorism to resist this second pacification of Araucania?


One of the darlings of the official narrative is Michelle Bachelet, head executive of UN women and ex-president of Chile. Bachelet has been hailed in the mainstream media as a new superhero for women’s rights around the world; painted as someone with great compassion who has suffered for her convictions, a paragon of integrity. Ms Bachelet does have a secret identity, but any analogy with superheroes must end there.


During her administration members of the Mapuche tribe - Chile’s first peoples – were imprisoned and tried using anti-terrorist legislation enacted during the Pinochet dictatorship. Since a return to democracy, successive governments have made amendments that widen the scope of acts that can be defined as terrorism. They have routinely used it to silence opposition to the misappropriation and misuse of indigenous land. Bachelet, however, explicitly promised not to do so during her election campaign. It would appear, though, that people power was not intended for the Mapuche.