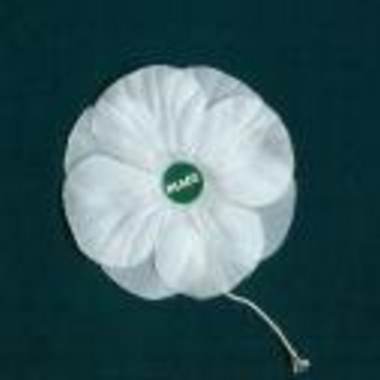 Am a Labour Party member who has had enough for all the reasons you've so eloquently outlined. Tomorrow will be the limit - seeing Govt ministers have the hypocrisy of laying wreaths at the cenotaph. How many widows have they created? The latest casualty was a 19 year old from Barrow. I just can't support Labour any more - ID cards, airport expansion etc etc. The totally damning thing about the party is that they should know better. There's no Green Party where I live to vote for, and so many of my friends (ex CND etc) are sticking with Labour despite their reservations as they see no other way and want to change their party from within. I don't think that's possible any more.

Today politicians and others lay wreaths for the dead of many wars here in Britain,
red poppies are worn. I have been sceptical ever since the late Heather Tanner, writer, Ecology Party member and husband of the master etcher Robin Tanner told me why she became a pacifist.

Incidentally she as a CND activist typified Ecology Party members in the early 1980s, they were not all ex-Conservative right wingers obssessed by the birth rate rather than justice.

Her brother fought and died in the first world war, just minutes before the declaration on he 11th minute of the 11th hour of the 11th day of the 11th month. The ritual was more important to the powers that be that saving the life of ordinary men and women. His death changed her life and she campaigned for peace pretty much every day, joined the Quakers and the Peace Pledge Union.

So like Jon Snow I am alarmed by poppy fascism. This is about ritual, reducing the conflict is the priority and war pensioners should be supported by the state not charity. Can you imagine the government holding jumble sales to fund wars? I don't thing so, so let them fund the aftermath officially and properly not by badges.

An Exceptional Woman: the writings of Heather Tanner, selected and introduced by Rosemary Devonald. Heather Tanner (1903 – 1993) is best known as the author of four exquisite books about Wiltshire and its countryside, products of the lifelong collaboration with her husband, the etcher and artist Robin Tanner. Throughout her life she wrote poems, letters, essays and dialogues, which reveal the depth of her understanding of rural life, her benign humour and her mastery of language. This selection, made and introduced by her friend Rosemary Devonald, draws on largely unpublished material which she collected after Heather’s death. To her many friends, and those to whom her published work is known and appreciated, this collection will be an irresistible memento. To those unfamiliar with the name of Heather Tanner her writing will come as a delightful discovery – the work and life of an exceptional woman. To be published August 2006, 156-page (approx.) hardback, with about 25 illustrations (mostly by Robin Tanner), price £14.50, ISBN 0-946418-47-0
at November 11, 2006

Have a listen to the Remembrance podcast on iTunes or on the Royal British Legion blog. It's a good way to remember.

Totally agree with your comments. Perhaps 'fascism' was a strong and unfortunate word to use, but John Snow had a point. Because of pressures to wear the poppy and conform to nationalist ritual, there's little room for individual approaches to remembrance. Which as the story of Robin Tanner shows, can be the deepest and most sincere responses.
I made a few comments on my blog if you fancy having a look.
Robert

I missed the original 'fascism' remark, but I get the general idea. My partner and I always make a point of wearing red poppies AND white poppies. (Although the white ones are quite difficult to get). This is because we want to honour the dead (with the red ones) and campaign for peace in the future (with the white ones).

In Hastings, Trinity Wholefoods usually have them - I'd guess that equivalent stores in other towns may too. In London, Housmans is my first call for the white poppy. They're also available direct from http://www.whitepoppy.org.uk/. If you order a large number you can become a vendor too!

"Pressures to wear the poppy and conform to nationalist ritual" - oh please what planet are you living on? Walk down any high street at 11.00am on 11 November and you'll see most people shopping. Consumerism is the real 'fascism' (if we have use this kind of overblown language. We should remember the dead more often.