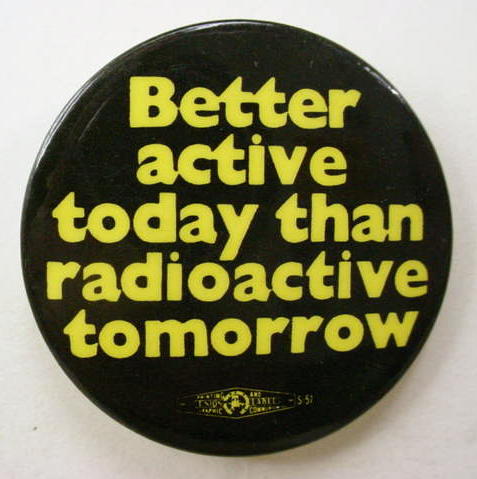 'Gordon Brown looks likely not to be remembered for economic prudence as chancellor or for policy innovation as prime minister. With economic crisis and plunging poll ratings Brown is in deep trouble. As Chancellor he failed to learn the lesson of earlier oil price shocks, the failure of New Labour to invest in renewable energy, public transport, now means that Britain's problems are accelerating economically.

The nuclear solution is uneconomic, unsafe and environmentally catastrophic. Who will pay the £bns of clean up costs? Existing nuclear power stations mean a bill of £70bn, there is no effective let alone economic solution to the waste problem.

The £73 billion figure, published in January, was an increase of £12 billion on the previous estimate made in 2003, but a senior official at the Nuclear Decommissioning Authority said he believed the cost would continue to escalate.

Director Jim Morse told the BBC: "I think it's a high probability that in the short term it will undoubtedly go up."

He said: "We want to do more to diversify our supply of energy and that's why I think we are pretty clear that we will have to do more than simply replace existing nuclear capability in Britain. We will be more ambitious for our plans for nuclear in the future."

The Business Secretary, John Hutton, called for a significant expansion of nuclear power in Britain earlier this year, arguing it would offer "breathtaking" opportunities for British industry.

Brown's plans must and can be fought, the alternative is a radioactive future that threatens everyone in Britain.'
at May 29, 2008