“You should have died in Auschwitz” 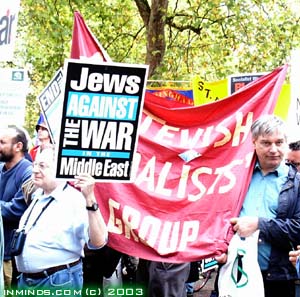 Caroline Lucas will not as far as I can see be speaking at today's demonstration against the slaughter in Gaza. I don't know why and I am sorry, no Jean Lambert either. This will please some people who condemned Caroline for supporting previous demonstrations in defence of Gaza, arguing that these kind of events are anti-semitic.

I am not a fan of Hamas, I would not go as far as Alexi Sayle who I have just heard on BBC1 arguing that 'Sheikh Vincent Cable' of the Liberal Democrats should be president of Gaza, but his point is well made. Isreal has attacked the PLO and lets face it if the leader of the Palestinians was Gandhi, the mouth pieces of the IDF would be challenging him as a racist supporter of reactionary Hinduism.

I am sure years of extreme conflict tends to breed extremism. Hamas are not a movement I would support but it is vital to demonstrate against the killing machine that is crushing Gaza.

According to David Rosenberg, although rare, it is possible to encounter anti-semitic incidents on demonstrations, I am again pasting up one of his comments from Socialist Unity:

I will be on the demonstrations tomorrow marching with the Jewish Socialists’ Group and Jews for Justice for Palestinians within the demonstration at large and I know I will not see any placards saying “Burn the Jews” Bring back the Ovens” or “Hitler was Right”.

I’ve been a political activist since the mid ’70s and there have been three occasions when these kinds of sentiments have been spat at me: once in 1977 on an anti-fascist march through East London when the National Front outnumbered us and got within spitting distance. One of them was particularly riled to see a Jewish banner and he screamed “You’re going back to the ovens”; The second occasion was in 1988 outside the Albert Hall, where Israel’s 40th anniversary was being celebrated. I was giving out leaflets asking for support for Yesh Gvul, the movement of Israeli army reservists who refuse to serve in the Occupied Territories, when a brave Zionist bellowed at me: “You should have died in Auschwitz”. The third occasion was in 2003 when there was a large pro-Israel rally in Trafalgar Square where the settlers’ favourite, Benjamin Netenyahu was speaking. I was among several hundred Jewish counter-demonstrators on the steps of St Martin’s. We had several individual Zionists come and abuse us, and one of them said to me: “You should have died in Aushwitz.”

I’ve been going on demonstration in support of Palestinian self-determination and against Israeli aggression and occupation since Israel’s first Lebanon war in 1982. I’ve seen the occasional dodgy banner and heard the occasional dodgy comment (and usually challenged them) but I’ve never encountered anything like the comments I’ve described above except from fascists and Zionists.

See some of you later!

If you want to meet up with the Jewish Socialist Group which includes David, here are the details:


Saturday 3 January 2009
National demonstration and rally
Hands off Gaza - Stop the Bombing - Free Palestine
The Jewish Socialists' Group will be meeting with Jews for Justice for Palestinians at 12noon outside the Playhouse Theatre in Northumberland Avenue, London WC2N 5DE. Nearest tubes: Embankment and Charing Cross.

So I guess you would prefer that the one who is going to burn you up cause you are a JEW, will be a Liberal or from the green or and artist.
I am always shocked how stupid we Jews can get with trying to "jump out of our skin" and be more Christians then the pope.
We will die but at list from a liberal.
Learn some history man, liberals and artist were the once that caused the biggest anti-Semite Nazi party.
Nietzsche Wagner Straus were intellectuals, I guess you will find it better to be burned by them.
As it sounds, you wane believe, the only anti-Semites are ZIONISTS.


GIVE ME A BREAK