Give us our daily bread 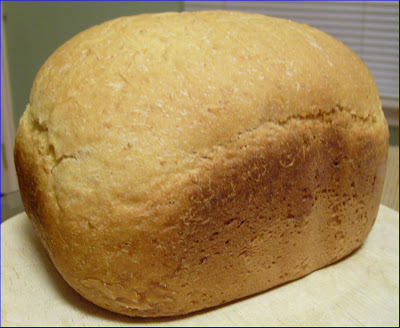 I was shaken out of my daily weary procession to wage-slavery this morning by a slap around the face from a demonstration of the cold, calculating and callous nature of capitalism.

In the concourse of Charing Cross Station, loaves of Warburtons bread were being handed out to commuters. These were being distributed in over-sized plastic carrier bags emblazoned with Warburton's branding (when I arrived at work I found one of these loaves in the staff kitchen with a couple of motorway services-style sachets of butter and jam so I assume that these delights were also contained within). As I witnessed these bags being dutifully taken possession of by well-fed commuters I was immediately filled with no small amount of rage and disgust.

This spectacle of sham redistribution at a time when: 1000s of workers are daily dispossessed of their employment and join the millions who face a daily struggle to make ends meet; millions of vulnerable citizens caught in the fuel poverty trap face the stark choice of 'heating or eating'; globally food shortages resulting from climate change and imperialist exploitation of land and water supplies are leading to starvation, unrest and potential conflict.

This seemingly charitable facade of corporate goodwill thinly masks the ultimate commodification and fetishisation of our food supplies. As the price of food rises, and millions of people struggle for the means of subsistence, this bread was being utilised as a mere marketing tool, an instrument for recapitalisation and reproduction, and fulfillment of the function of profit generation in the competitive atmosphere of the capitalist marketplace.

I wonder how many of those well-nourished commuters (by the way I have no reason - or comparative data - to question either way how relatively nutritious Warburtons bread is) even paused to consider whether they actually needed this extra loaf, or wondered how it is that whilst the price of their food basket rises that a food manufacturer finds ample to simply give away. I wonder if they even paused to consider that maybe there were people who could have a far greater need of this handout. I wonder if they stopped to consider that they were being manipulated by a shallow marketing ploy. I wonder how their laissez-faire attitude will be tempered a few years down the line should the current crises escalates to mass food shortages and they are queuing for food under supervision of armed police or militia. Food for thought.

And those plastic carrier bags were very over-sized.

Out of curiosity I visited the Warburtons website - I'm not proud of it but I was hungry for information. http://www.warburtons.co.uk/
They are described as 'family bakers'. Hmm, OK. A link takes me to 'Our seed to crumb story', a page stamped with a snap of one of their execs and a carefully crafted quote:

"WE GO TO GREAT LENGTHS to deliver the freshest, best tasting and highest quality products. unlike most bakers, we don't simply buy flour. Instead we have hundreds of farmers growing our own wheat. We work with experts who are the best in their field [sic], our partners, to ensure consistent quality without compromise every step of the way, from seed to crumb."

For me this asks more questions than it answers, but is just another example of what could be described as 'foodwash'. No mention of the sustainability of the farming practices, no mention of the relationship of the arrangements between the farmers and the bosses or the degree of exploitation in their relationship. No mention where this food is grown, except further down the page it states UK and....Canada! Indeed, it is an international family. In fact, it is this very sort of advertising newspeak which recently prompted Tony Juniper to salivate enthusiastically over the marketing strategy of McDonalds. You can also buy warburtons 'merchandise' on the site, by the way. No re-usable shopping bags interestingly enough.

If anyone was not convinced how crucial the ownership of land and food production is to capitalist hegemony then maybe they should take a moment to stop and think about the above points. It is why food growing programmes are so critical to the struggle to overthrow the capitalist yoke. It is why we should take so much inspiration from the example set by Cuba. And it is why maybe we should take to task the comments made by a prominent Green Party spokesperson and PPC about the virtues of capitalist food manufacturers and their sham facade of self-regulation. They are the problem, but they will not provide the solution.

Nothing like a bit of starvation to help people understand, I'm disabled who has been told to get back to work, when I said I've been looking for five years I was told you have been looking in the wrong place, I'm now in the right place according to my MP, sadly six years have gone bye and I'm still not working but getting less benefits now.

Look mate, I completely agree with your sentiments, BUT... I bloody well hate being called "comrade", and like lots of other people, I find the turgid prose written in the style of a late 19th century radical hard to read for more than a paragraph.