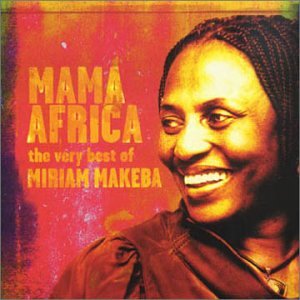 
Unless you are of a certain generation, the name Miriam Makeba will mean little of nothing to you.

But for generations this glorious, talented African woman stirred souls and fed hearts with a steady diet of lovely and lively songs which shared the rhythms and voices of South Africa with millions.

She was born March 4, 1932 under apartheid, the daughter of a Xhosa father and a Swazi mother, who was said to have been a sangoma (or mystic).

She showed musical promise at an early age and began public performances as a teenager. From that time until the end of her life, she was a majestic musical artist, and equally an activist for African freedom worldwide.

During her life she was the wife of South African trumpeter, Hugh Masekela, and later Black revolutionary, Kwame Ture (formerly known as Stokely Carmichael). Her marriage to Toure resulted in the loss of scores of concerts and contracts, by forces which opposed the Black freedom movement.

For her songs which attacked and criticized the racist apartheid regime in South Africa, her music was banned and she was denied the right to return to her homeland. She lived away from her birthplace for nearly 3 decades, and the regime wouldn't even allow her to return to the country to attend her mother's funeral. In 1960 the government revoked her citizenship.

If her homeland was out of reach to her, Africa and the broader Black world were not.

She acted in films and on TV. She appeared as a guest star on the Cosby show, and in the acclaimed 1992 movie, "Sarafina", about the youth rebellion against the regime in Soweto.

Her sweet contralto graced many songs but she was perhaps best known for her upbeat "Pata! Pata!" song, as well as her hit "The Click Song", which was based on clicking sounds used in Xhosa.

She died on stage in Italy, at an anti-Mafia concert following the slayings of 6 Ghanaians, after performing so well that the audience shouted for an encore.