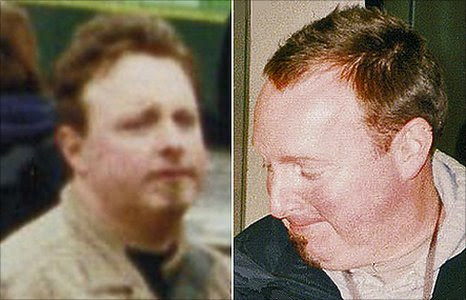 Newsnight have undercovered yet another sex policeman....he was noting down the preferences of Globalize Resistance activists.


The conversation involving Mr Wellings took place in 2005, and was recorded when the officer accidentally telephoned another of the group's members without knowing he had done so.

The other member failed to pick up, so the call was diverted to their answer phone, which then recorded the conversation.

In what sounds like a police station we hear the officer apparently going through photographs of Globalise Resistance demonstrators with a colleague.

Mr Wellings identifies those he can and gives personal information about them, including their sexual orientation.

At one point, for instance, he tells the other officer: "She's Hannah's girlfriend - very overt lesbian - last time I saw her, hair about that long, it was blonde, week before it was black."

Guy Taylor, from Globalise Resistance, complains that the information is "very personal and nothing to do with the political outlook of our group".

The Wellings tape also suggests that such information is fed to CO11, the Met Police unit which deploys Forward Intelligence Teams (FITs) to photograph demonstrators.