Marx has passionate sex with Foucault to their mutual satisfaction to produce a strange and wonderful child. 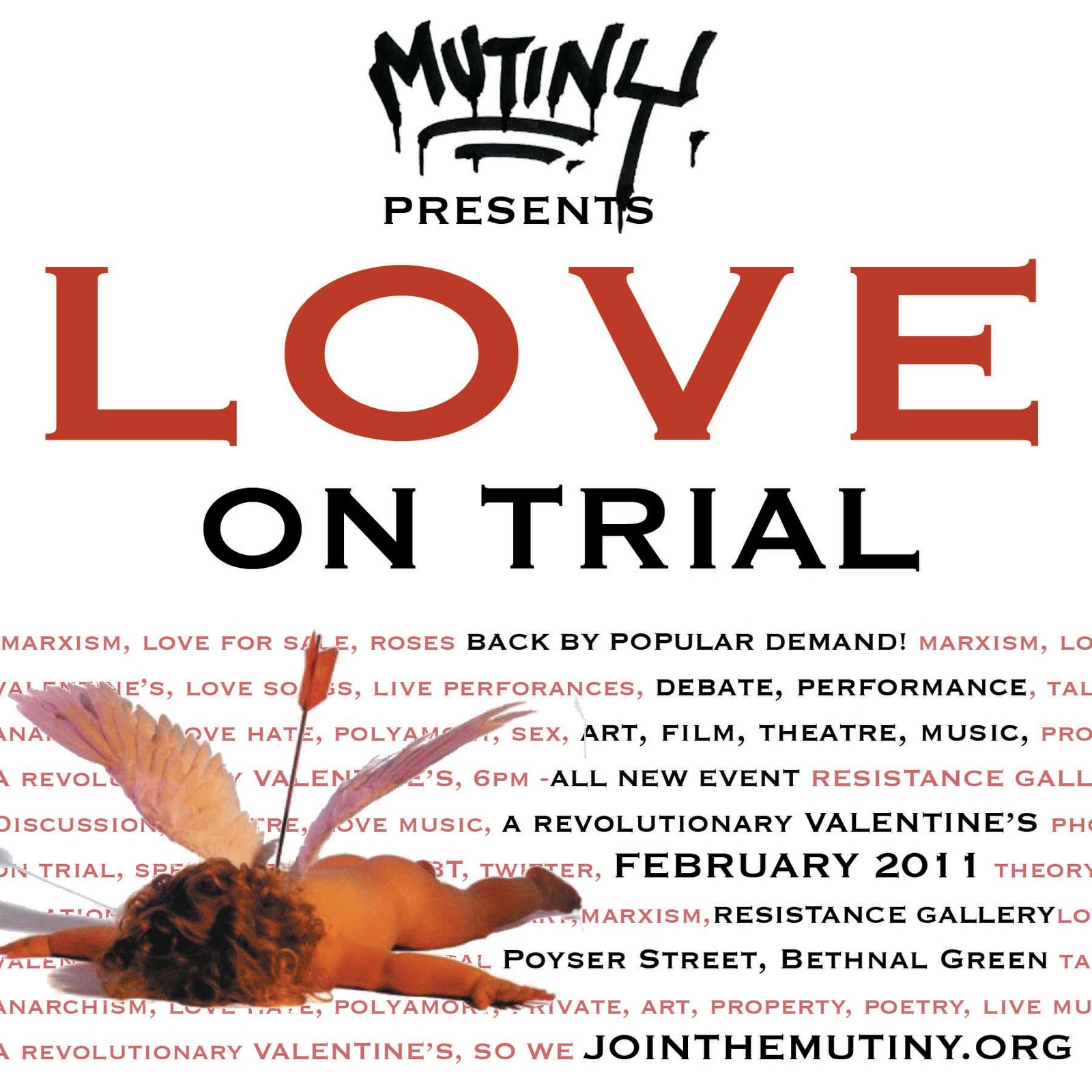 I had a pretty good time at Love on Trial (Mutiny) last night.

I had some very mixed and far from pure motives for going:

(uno) with slightly falltering health I did want to get out and do something this week which was kind of political and social and going out (but nothing too energetic frankly). So Mutiny ticked this box, a very pleasant bit of socialising and politics.

Second (dos), it struck me how much I had been enjoying doing Marxist politics outside the usual dreadful sectarian crazy small left political party box. Marxism is really important but normally Marxist politics is performed via tightly organised political parties or its just academic Marxism that doesn't do anything.

Good Lenininist non Leninist that I am I want to engaged in socialist politics which gets things done in an instrumental way but not top down/hierarchy/dull/rubbish....and it just struck me that the whole Mutiny politics is another way of doing socialist politics that is imaginative and free (but not ineffective or indulgent). So hey I really need to support the project.

It was a good night. I enjoyed listening to my friend Symon Hill talking about Christianity and radical sexual politics.

The women who worked in schools challenging LGBT prejudice was also wonderful.

Some excellent poets including Deborah Grayson.

Two hundred of the best dressed most glamorous people ever assembled in one place.

Where else does a women in a cocktail dress announce a protest event against the EDL.

Nina Power debating with Laurie Penny was a thing to see.

Nina Power's discussion of Bolshevik sexual radical Alexandra Kollontai was in its self highly inspiring.

Mutiny is a 'step-o-cracy' people who step up to get involved organise the events, the next is 'Violence on Trial' looking at revolution, in March or April, if I am free I may go along.

As a mono man, I felt very outnumbered by glorious 'poly' lesbians, but all to the good, diversity is normal!

Marxism-Feminism has had a total makeover and is now the coolest thing on the planet, green politics needs a makeover to become glam, diverse, fun and subversive, I think we need to learn some lessons from Mutiny

Marx would have loved it, many Marxists would have found the whole event highly challenging, which shows the gap between what is necessary and what is, when it comes to left politics.

(and I am not slagging off non Mutiny leftists, many of you do a fantastic job or Greens but hey take a look at some different ways of activism).
at February 11, 2011

I agree! It was great.

And you were part of the greatness, Symon, so if we are both about for the next mutiny I must buy you a beer!