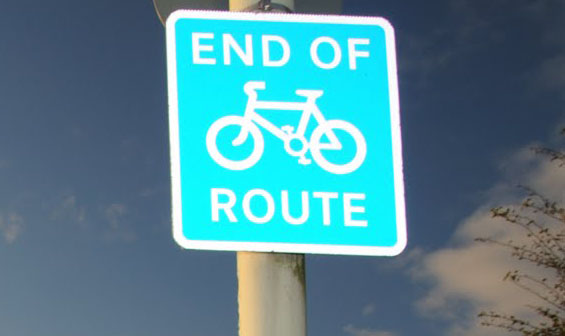 From the Green Group of Councillors, Brighton & Hove City Council

“It is only 3 years since this same Conservative administration spent over half a million pounds of public money on installing the cycle lanes. Now they plan to spend more than twice as much taking it out.

“To make matters worse, they may well have to give back the £0.3million that they were given by the government to pay for the lane in the first place. How mad is that?”

“At the same time they are planning to spend £4.5million on doing up car parks. In good times such expenditure would be questionable. In times of austerity this proposal is grossly irresponsible.

“The Tories clearly do not have a coherent vision for transport in this city. Their ill thought out proposals, combined with their cuts to staff numbers including those in road safety, will only worsen the problems of traffic congestion, air pollution and road safety that blight this city.


*The council budget papers can be viewed at http://present.brighton-hove.gov.uk/ieListDocuments.aspx?MId=2804&x=1
at February 12, 2011

Seems daft to spend money removing what it's cost a lot of money to put in, but it probably comes from a different "pot" so doesn't count.
As for the car park issue, we would have the best roads motorways and car parks if we spent any of the monies raised through VED on transport of any kind.
All that big fat wad of cash goes to defence.